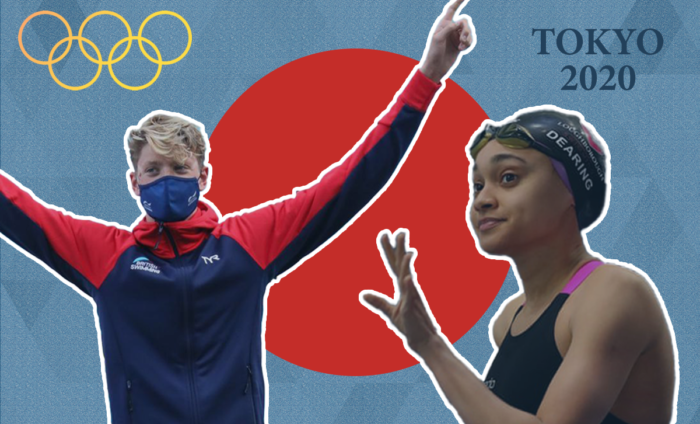 Everything you need to know leading up to the 10k Marathon Swim events at the Tokyo 2020 Olympic Games.

After a thrilling few days in the pool, the swimming action moves to the open water next week with the Olympic open water 10k races scheduled to be held on Tuesday 3 August for women and Wednesday 4 August for men. Whereas pool races can be over in a matter of minutes (or seconds!), the 10k open water swimmers are in for the long haul. With races taking around 2 hours, the 10k is the extended director’s cut of swimming – a dramatic spectacle of tactics, skills and endurance athleticism that often comes down to a nail-biting photo finish.

The selection procedure for the Olympic 10k has been a long and drawn-out process, thanks to Covid. The starting list for each race is drawn up from the top 10 finishers from the 2019 World Championships in Gwangju, plus 15 finishers from last month’s qualifier in Setubal, Portugal. The men’s race will also include a 26th swimmer, Kazakhstan’s Vitaly Khudyakov, after he appealed to the Court of Arbitration for Sport that he qualified by winning the 10km race at the 2019 Asian Open Water Swimming Championships.

The races will take place at 10.30pm UK time next Tuesday and Wednesday – and will be worth staying up to watch live, not only to cheer on Team GB medal hopefuls Alice Dearing and Hector Pardoe, but also to take the opportunity to watch and learn from the world’s top open water athletes. With the world’s TV cameras focused on the races, now is your opportunity to see how the elites sight, draft, swim in a pack and use race tactics – as well as checking out the different open water strokes that the elites use.

Going off-track in a race can mean you miss out on a medal position – remember David Davies’s mistake in the inaugural Olympic 10k in Beijing, going off-course in the final 200m of the race to lose the gold medal to Maarten van der Weijden. It is therefore vital that swimmers sight often to ensure they are taking the best racing line and going in the right direction. Cassie Patten, Olympic Bronze medalist in Beijing, would sight around every 8-10 strokes. Sighting around every six strokes is a common strategy. Sight using ‘crocodile eyes’, only lifting your head so your eyes break the surface of the water – this will ensure body position stays optimal and stroke isn’t broken by lifting the head too high.

Turn tactics are something that you can try at your next race. Do you go wide or as tight as possible? Often in amateur races swimmers are loathe to get in close for fear of getting tangled up in a scrum. Olympic silver medalist Keri-anne Payne would use Superman turns as close to the buoy as possible when racing to pick up a few places when other swimmers would go wider.

Elite open water swimmers often spend most of the race swimming in a pack, swimming in each other’s slipstream to conserve energy, waiting for an opportune moment for a late break. The men’s race at Rio 2016 broke with that tradition, when Jarrod Poort made an early break to hold a nail-biting lead for the majority of the 10k race. Unfortunately it was a tactic that, although great television for those viewing at home, didn’t work out for him in the end – unable to hold the pace, he finished in 21st place.

Even after 10km of swimming, many races come down to a photo finish with fractions of a second between medal places. A mistimed break, a sprint too early, or a misplaced hand on the slap board can be the difference between gold and missing out on the podium.

Like football, open water races have red and yellow cards. Marathon swimming is a physical sport: when swimming in a pack bodily contact is inevitable. The red and yellow cards are used when that inevitable physical contact appears to be intentional, such as holding back another swimmer under the water. A red card is immediate disqualification from the race. Two yellow cards is equal to one red card and also means disqualification.

25 women and 26 men will line up in Tokyo Bay. Both races promise to be closely fought as the extra year’s worth of training due to the pandemic is put to the test. In the men’s race Rio Olympic champion Ferry Weertman of the Netherlands will be defending his title against a strong pack including world champion Florian Wellbrock, Rio bronze medalist Marc-Antoine Olivier, Hungary’s Kristof Rasovszky and Italy’s Gregorio Paltrinieri, who is chasing medals in both the pool and the open water in Tokyo. 37-year-old Oussama Mellouli of Tunisia will be swimming in his sixth Olympic Games, while Team GB’s Hector Pardoe, who clinched first place in the qualifiers in Setubal, will be swimming in his first at the age of 20.

In the women’s race Sharon Van Rouwendaal will be hoping to repeat the double Dutch gold of Rio, but will face strong competition. Brazilian open water legend Ana Marcela Cunha will be after an elusive Olympic medal after her successes over the years in the FINA World Series. Italian silver Olympic medalist Rachele Bruni, denied gold in Rio, will be looking to add an Olympic gold to her medal haul, with world champion Xin Xin, Americans Haley Anderson and Ashley Twichell all making up an exciting line-up that also includes Team GB’s Alice Dearing, looking to make history by not only becoming the first black woman to represent Great Britain in swimming at the Olympic Games but also take home a gold medal too. 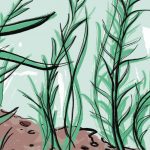 How to swim safely with weeds