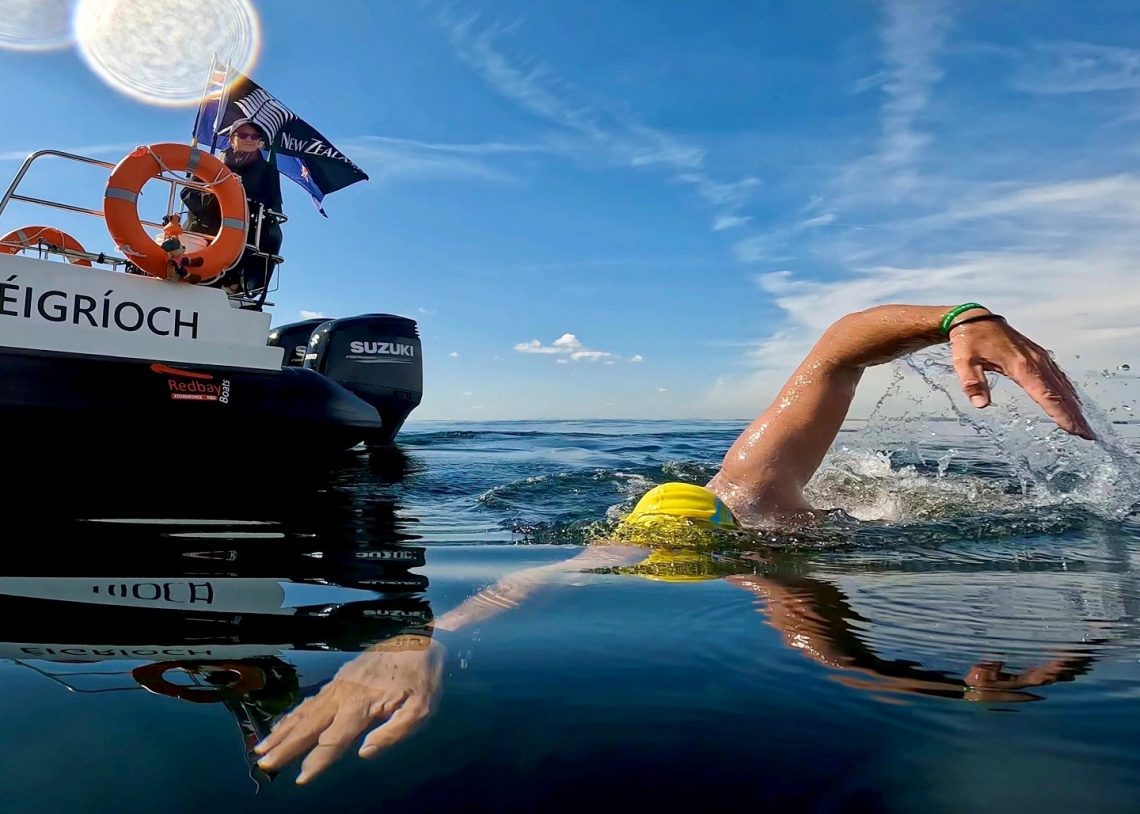 Callum Eade of New Zealand became the 100th person to cross the North Channel between Ireland and Scotland on 8 August 2022. He was also the 60th man to complete the swim which is notorious for lion’s mane jellyfish and cold water.

North Channel swims are sanctioned in accordance with the rules of the Irish Long Distance Swimming Association which, like most marathon swimming organisations, allows swimmers to only use a regular swimming costume, cap and goggles. Water temperatures on the day of Callum’s swim ranged between 12.9 and 15.5 degrees Celsius and the swim took 11hrs:40mins:10s to complete.

The straight line distance between Donaghadee in Ireland, where the swim starts, and Portpatrick in Scotland is 34.5km.

Callum swam with Infinity Channel Swimming, piloted by Pádraig Mallon and with Jacqueline McClelland as crew.

His support team and right-hand man Steve performed a Haka just before his start at Robbies Point with calm seas and a stunning sunrise.  The swim delivered a mixed bag of wind and waves, flatter water and lots of lion’s mane jellyfish.  Callum’s swim stroke never waivered from 54-58 strokes per minute.  He pushed through tough currents and finished due South of Killantringan Lighthouse, close to PortPatrick harbour.

The first person to swim the North Channel was Tom Blower in 1947. It was then 23 years before the current King of North channel Kevin Murphy became the second. As recently as 2010, only 10 people had successfully made the crossing. However, its popularity has increased recently, with 18 crossings in 2019 and a further 10 in 2021 (there were no crossings in 2020 due to the coronavirus pandemic). Demand is increasingly high with swimmers typically needing to book two years in advance. Because of colder waters and stringent qualification criteria, this time is needed to be ready for one of the toughest channels of the Oceans Seven.

Take your training outside – week 1

Why some swimmers are wary of SH2OUT