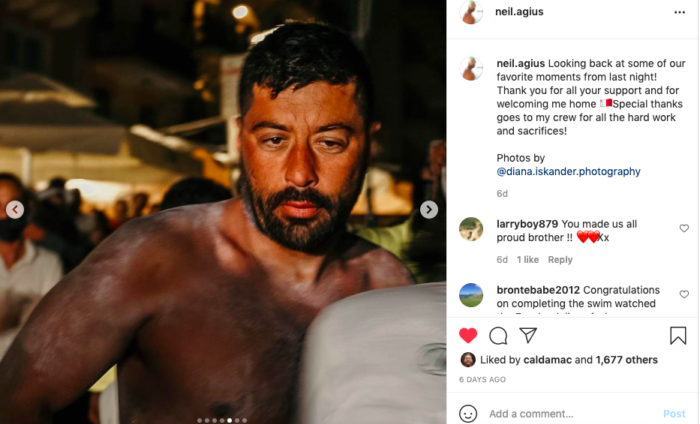 Maltese marathon swimmer Neil Agius entered the marathon swimming history books on 30 June, after completing a 125.6km, 52-hour swim between Linosa, an island in the Sicily Channel, and Gozo, one of the 21 islands that make up the Maltese archipelago.

The former Olympic swimmer beat the previous world record for the longest, continuous, unassisted, current-neutral swim along a single-segment natural route in an ocean, sea or bay – pending ratification – which was set by Australia marathon swimmer Chloe McCardel, who swam 124.4km non-stop in Exuma Sound in the Bahamas in 2014.

Agius was due to end the swim in Malta, but currents during the crossing forced him to finish in Gozo. “The sea was choppy all the way, the current was strong, the going was tough, we even had a small storm which had us worried for some 20 minutes,” a member of his support team told the Times of Malta.

Agius thanked his followers for their support on his Instagram page after the crossing, with a special thanks to his crew for their hard work.

Last year, Agius became just the second person in history to swim from Sicily to Malta, joining Nicky Farrugia, who first swam the crossing in July 1985. 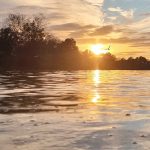 Take your training outside (part 2) – week 4