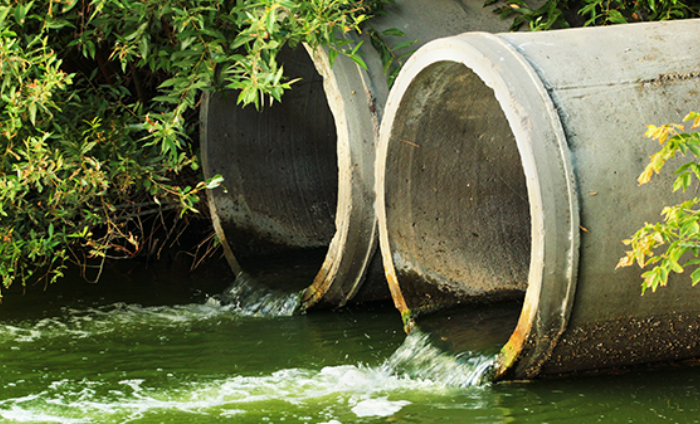 On Saturday 8 August, a group of swimmers and campaigners in Oxford will be protesting at Port Meadow, a popular swim spot west of the city, to raise awareness for and demand action against raw sewage pollution in the River Thames. We recently caught up with one of the event organisers, PhD Ecology Researcher Claire Robertson, to find out what the protest is about and what they are campaigning against.

What will you be protesting against?

There are lots of people here in Oxford that use and swim in the river. Although we were aware of the issue of sewage pollution already, it was only recently – when a Guardian article reported statistics on sewage pollution in the UK – that we realised quite how bad it was. It revealed that there was something like 1.5 million hours last year where raw sewage was being spilt in rivers across England. So we had a look at the River’s Trust map – a visual map which shows which rivers are safe to swim in – and saw that in the Thames region last year there were 17,000 hours where there was raw sewage going into the river from the upper Thames to Reading – the equivalent to every sewage works dumping raw sewage into the river for two hours every day. We were really shocked by this, and so were others. Lots of people just didn’t know about it, but once they did, they thought it was unacceptable to treat the river in this way: as a dumping ground and a sewer.

What is the aim of the protest?

The aim is really to make more people aware that this is going on and that it is still legal to dump sewage into rivers. We also want to put pressure on Thames Water to make changes: to upgrade their sewage works and at a minimum tell us in real-time when and where these outflows are happening, as they do have sensors on most of these outflows, but the data isn’t being made available.

Why is it important that sewage works stop polluting rivers?

There are dangers that it can pose to people’s health: gastroenteritis and in worst cases Hepatitis A. But aside from this, it is also about the wider ecology in freshwater habitats, which are some of the most endangered habitats on the planet. I didn’t realise this until I started my PhD, but world-wide, freshwater species are declining at a rate three times faster than that of forests – which is pretty crazy, and faster than any other habitat.

With rivers, sewage pollution makes the water more turbid, which makes it more difficult for fish to breed. It also over-fertilises the river, so it gets chocked up with dominant algae and plant species, which doesn’t give the more delicate wetland plants a chance to survive. It basically goes up through the whole food web and has knock on impacts that reduces the amount of life that can live in the river.

I think as well, especially since lockdown, with people using the river even more, and so many new people getting into wild swimming and kayaking, people realise the value of having the river on your doorstep. We just want it to be better. It can be a clean, healthy, beautiful river. Not just a dirty thing that’s a risk to swimmers and other river users.

What will happen at the protest?

It is being held at Port Meadow, a really popular swimming spot west of the city. It won’t be disruptful, it’s more that we want to raise awareness and show Thames Water that we’re here and that we’re not going away. It’s also to show the council that we’re here as well, as they can put pressure on Thames Water to provide this data for us. It will also be a way of showing our support to the national Sewage Free Swimmers campaign

At the protest, there will be swimmers, kayakers and paddle boarders, and boats at the back. We are hoping to just get a really colourful, loud display to show how many people love the river, how many people use it and just to say: “We use this, we love this, and we’re not going to let it just be dumped in.”

What are your demands?

We want to be notified of sewage spills, but also we want them to stop putting raw sewage in the rivers (other than in really exceptional circumstances). They are basically using a loophole as an excuse not to upgrade the sewage works. Most haven’t been upgraded in 50 years, even though the population in the country has increased a lot since then. They need to make the sewage works fit for the 21st century and make them fit for the sewage that goes into them and not just let them overflow. We also want the water tested weekly at popular bathing spots and have the information made available for river users.

The protest is being held on Saturday at Port Meadow in Oxford. For more information, visit the Oxford Floating Protest facebook page.

How sociable is swimming?