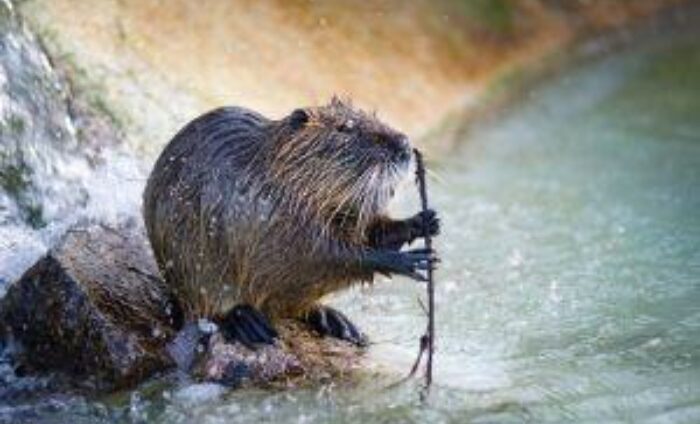 One of the most common questions we hear from open water and wannabe open water swimmers is: “won’t I get Weil’s disease?”

The short answer is that you might, but it’s extremely unlikely.

If you have ever done any watersports on inland waters in the UK you’ve probably been warned about the risk of Weil’s disease and told to go to your doctor immediately if you feel unwell afterwards. It builds a picture of nasty things lurking in our water that will make you ill after the slightest contact. But, like many things connected to open water, the perceived danger of Weil’s disease is much greater than the actual danger.

Weil’s disease is the name given to a severe case of leptospirosis, a bacterial infection (caused by bacteria called leptospira) that is spread by animals and can affect people. It is particularly associated with rats but it is also known to be carried by cattle, pigs, foxes, badgers and dogs. You can catch it through contact with soil or water that’s been contaminated by urine from affected animals. That means swimmers are at risk. It doesn’t mean, however, that open water swimming is highly risky, or should be discouraged or banned.

In 2014 there were 76 reported cases of leptospirosis (not Weil’s disease) in the UK, according to data from Public Health England. The data doesn’t record whether any of the victims acquired the infection through swimming, but does say: “The majority (89%) of autochtonous cases occurred in males, representing a predominance of occupational exposures. Twenty nine (38%) of reports indicated animal exposures with 18 (24%) reporting water contact; both animal and water exposures were reported in 13 (17%) cases.” Twenty two of the cases were acquired overseas, and most of these were linked to recreational water use (swimming, kayaking and white-water rafting).

In contrast, the number of people in contact with potentially contaminated water is huge – farmers, rowers, kayakers, sailors, anglers and, of course, swimmers. A quick count of some numbers from Sport England suggests there are more than 1 million people regularly active in watersports and angling. The chance of getting infected is therefore low.

But what about the consequences?

The NHS says: “In 90% of cases, leptospirosis only causes mild flu-like symptoms, such as a headache, chills and muscle pain. However, in some cases the infection is more severe and can cause life-threatening problems, including organ failure and internal bleeding.”

The most severe cases are called Weil’s disease.

We found one example of triathletes contracting leptospirosis during the swim part of a triathlon in 2014 (two confirmed cases and one suspected). This resulted in Public Health England issuing the following statement: “In the UK, cases of leptospirosis are uncommon. There is no reason why people should not participate in freshwater activities such as swimming, sailing, water skiing or windsurfing, but we advise people to take simple precautions to reduce their risk of infection before engaging in these leisure pursuits. Practical measures swimmers can take include minimising the swallowing of water, showering soon after swimming and washing hands before eating.”

The NHS offers similar advice and also concludes that: “the risk of contracting leptospirosis in the UK is so low you don’t need to take drastic measures to avoid the condition.”

Making some broad assumptions to put a number on the risk, let’s say half of leptospirosis cases are acquired through sport and there are 1 million people regularly involved in recreational activities that bring them in contact with potentially contaminated water. Of those infected, roughly 5% go on to develop Weil’s disease, from which there is a 10-15% chance of dying. That looks, very roughly, like a 1 in 3.5 million chance of dying from Weil’s disease a year – a risk that can be reduced further by taking the precautions listed above. In contrast, the risk of dying in a car accident in the UK in any particular year is around 1 in 20,000 according to Bandolier, an independent journal about evidence-based healthcare, written by Oxford scientists.

One notable death from Weil’s disease was that of double Olympic Champion rower Andy Holmes in 2010, at the age of 51. This made headline news not only because of Andy’s rowing credentials but also because of how rare and unexpected his death was. Public Health England report there were two deaths in 2013 and one in 2014.

Open water swimming will never be risk free and Weil’s disease is just one of the hazards out there. Nevertheless, it remains a relatively safe activity and we believe the benefits are worth the risks.