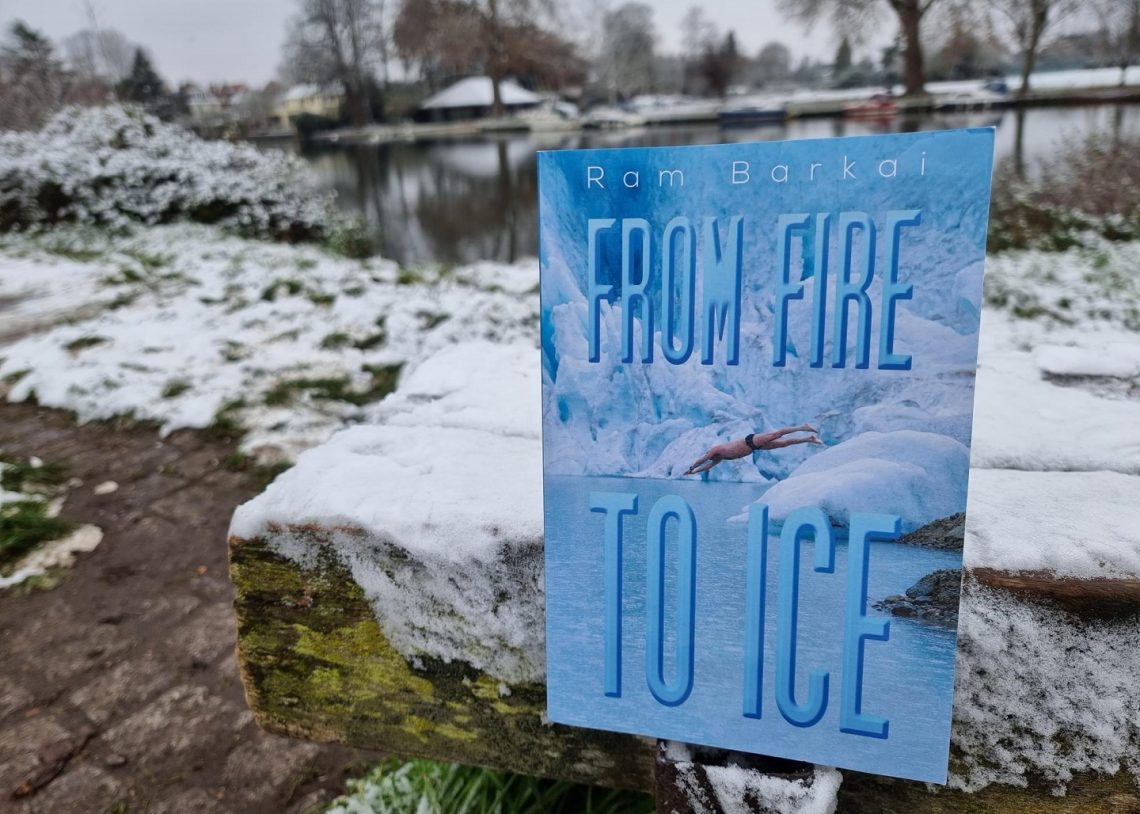 The story behind a man’s obsession with cold water swimming

Ram Barkai grew up on a kibbutz in Israel, built an unlikely but successful career in finance in Japan and South Africa, and then went on to create the International Ice Swim Association (IISA). The IISA exists to promote swimming in water of less than 5 degrees Celsius. It’s the organisation behind the daunting “Ice Mile” challenge and now a series of national and world championship ice swimming events. It also campaigns for the inclusion of ice swimming in the Winter Olympics.

From Ice to Fire tells Ram’s story from the beginning, starting with his life on a kibbutz in the 1960s close to the Jordan and Syrian borders. Nearby military action and occasional rocket attacks on his village were part of life, alongside working in the fields and other responsibilities of kibbutz life. Like all Israeli citizens, Ram did a stint in the army, winding up, at the age of 23, as a senior commanding officer in a tank regiment.

The return to civilian life was tough. His skills consisted of driving tanks, being able to handle weapons, and milking cows. He also had a passion for windsurfing and a love of the water, having spent all his spare time as a teenager sailing on the Sea of Galilee. Ram had dropped out of high school and therefore wound up back on the kibbutz farm driving a tractor. Having survived the army, he one day found himself caught in a field of flames from a stubble burning that got out of control. Although he escaped with his life, 20% of his body was burnt, and he needed months of hospital treatment. But, he speculates, the experience may have triggered his later fascination with the cold.

Seeking adventure (and following a girl), he left Israel for South Africa. Despite barely speaking English at the time, he landed a job as a door-to-door encyclopaedia salesman – an enlightening but tough experience. Struggling, he decided to return home and go back into education, graduating, age 30, with a degree in computer science. He bought a one-way ticket to Tokyo and supported himself by selling pictures of celebrities in the streets while looking for a permanent job. When his visa expired, he moved to South Africa where he landed a computer programming job with a financial services start-up and eventually became its CEO.

Alongside building his career, Ram took up swimming, first in the pool, competing in masters swimming events and later in the ocean. This, in turn, and via a series of epic swimming adventures, brought him to Antarctica and extreme cold-water swimming.

This wasn’t the book I expected when I picked it up. I read it for the swimming, but that probably takes up less than a third of the book – and the final third at that. But Ram’s biography is a fascinating window into cultures and a way of life far removed from anything in my experience. Plus, his story is incredible. Yet, in the end, we all come to love swimming and connect through the water.

Reading with an editor’s eye, I spotted the odd typo and occasional misplaced or misused word, but this is a minor quibble of a book that draws you into a different world and shows us how ice swimming became a hot topic.

Should you swim hard?