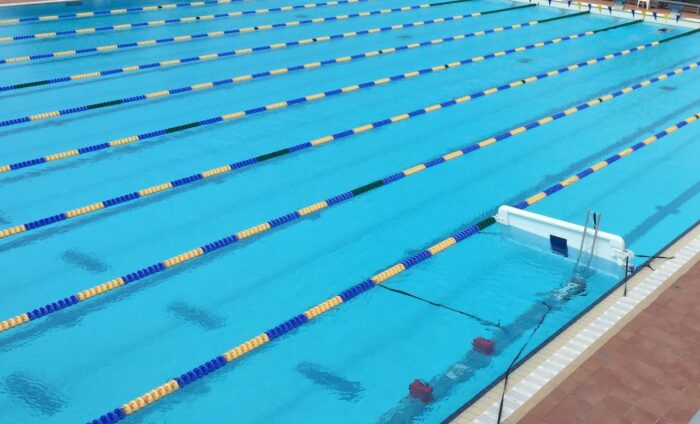 Measuring drag in swimming is, well, a drag. A swimmer’s speed through the water is determined by two things: force applied to the water sending him or her forwards and the level of resistance to that forward motion as a result of drag.

The difficulty in measuring drag results from the fact that we have no solid, fixed points when we swim where we can measure the forces we apply to the water.

If it’s so hard, why bother? Surely the key thing is how fast we swim, which is easily measured with a stop watch.

The reason is that the stop watch doesn’t tell us everything.

Say you want to compare two swimming costumes or two wetsuits, for example. You could swim a few lengths in each and compare how fast you swim, and this might suggest that one is faster than the other (implying that it causes less drag). However, even if you think you’ve applied the same effort in each case, how can you be sure? What if you were tired for the second swim or not properly warmed up for the first? There might be a reason other than drag causing the difference in speed. What’s really needed is an objective measure of the propulsive forces applied to the water. And that’s what MAD system does.

MAD simply stands for Measuring Active Drag. The system consists of a series of fixed push-off points installed below the water surface in a pool. Each push-off point has a sensor to measure the forces applied to it. A swimmer simply covers the length of the pool using a swimming-like action but instead of pressing against the water, pushes off the sensors. At the same time, the swimmer’s speed is measured and from these two pieces of data (i.e. force and speed), drag can be calculated.

Prior to the 2008 Olympics, in the days before FINA imposed new costume rules, knowing which suit caused the least drag became really important. The MAD system was used by several medallists to help choose which costume to race in. Interestingly, the results were individual specific: different swimmers did not receive the same benefit from the same costume. However, in one case, changing costumes resulted in a 16% reduction in drag.

Today it is most relevant for wetsuits and speedsuits in triathlon, and will become relevant to elite level open water swimmers if FINA’s proposed new wetsuit rules come into action later this year. One company that has embraced the technology is wetsuit brand Huub, which last week had a team over in Mallorca at the BEST Centre testing wetsuits and costumes with coaching company Swim Smooth.

Dean Jackson, Huub’s founder, says: “The MAD system represents a landmark not only in Huub’s history but also in the triathlon and swimming market. No company has this type of testing and analysis available in house. As a company we take pride in delivering industry leading levels of research and data that is then factored in to all our products. Working with The BEST Centre represents a major land mark for us and gives us access to some of the best facilities in the world.”

Situated on the south coast of Mallorca, the BEST Centre was founded by Olympic swimmers James Parrack and Matthew O’Connor, with the intention to create the ideal training environment for athletes of all different levels.

“We are always looking for best in class partners,” says Parrack, “and we are very proud to be working with HUUB on such ground-breaking technology.  We are looking forward to a long relationship with HUUB to help wherever we can in the pursuit of improved performance and broadening the knowledge base for the next generation of athletes and coaches.”

Macmillan All Out Swim