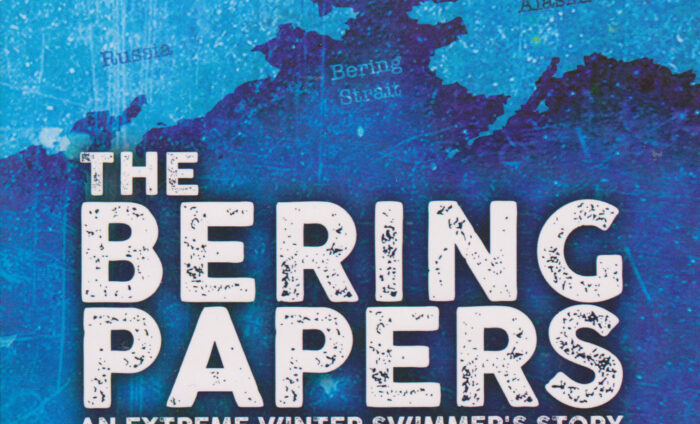 Jack Bright is perennially drawn to extreme adventures in nature. As a winter swimmer and explorer the lure of swimming between Russia and the USA captivated him for more than three years. The swim was eventually completed in 2013 as a staged relay over six days and involved more than 30 swimmers from around the world. However, the actual swim occupies a relatively small part of this book.

The story starts several years earlier when Jack, who’s British by birth, discovers winter swimming while living and working in the Czech Republic. He connects with other swimmers, including some from Russia, and the idea of a swim across the Bering Strait is born. On the strength of these connections and some rather vague plans, Jack makes his way across Russia to the far eastern end of Siberia to join a Russian relay team. Despite always travelling on a tight budget, Jack decides to stop off on the way to explore Lake Baikal as he’s convinced that even in summer its water will remain cold enough for some additional training. This is an adventure in itself and the lake more than lived up to Jack’s expectations in terms of water temperature and beauty.

Arriving in Russia’s far east, Jack is captivated by the stunning volcanic scenery and builds strong relationships with the Russian swimmers but the swim falters and is eventually cancelled before it even starts.

Philosophical, and satisfied that he’s had a great adventure anyway, Jack returns to Prague with plans to assemble an international team of swimmers for a second attempt. A year later and a new team of swimmers from around the world has gathered in Russia for the Bering Strait swim but it is again thwarted before it gets underway for a series of frustrating and bureaucratic reasons. The swim seems doomed.

However, the Russians are determined it should go ahead. Eventually, another boat is secured through the support of the Russian military, the international swimmers are persuaded to return for a third attempt and after more bureaucratic wrangling, the swim gets underway.

Swimming in the Bering Strait is perilous for a host of reasons including water temperature, ferocious winds, strong currents, huge waves and the possibility of encounters with killer whales and giant squid. The plan was to swim a continuous 134km relay with swimmers taking turns to swim for 10 to 15 minutes at a time. Unfortunately, at times the conditions became so bad that swimming had to be suspended, turning the event into a staged relay.

Jack writes as he speaks: intense, direct and brutally honest. The massive cast of characters (including several people called Alexander) is at times confusing, as are some of the twists and turns in the story. The death of his girlfriend sends Jack into understandable deep despair but the swim project clearly helps him cope and continue working towards something positive. While the narrative at times comes across as unpolished and there are occasional gaps and jumps, it is carried by its energy and passion.

As hard as the swimming was, getting to the start line was even tougher, and the book is worth reading for an insight in to the politics and patience of putting together a major international project.

Level Water to partner with MARU