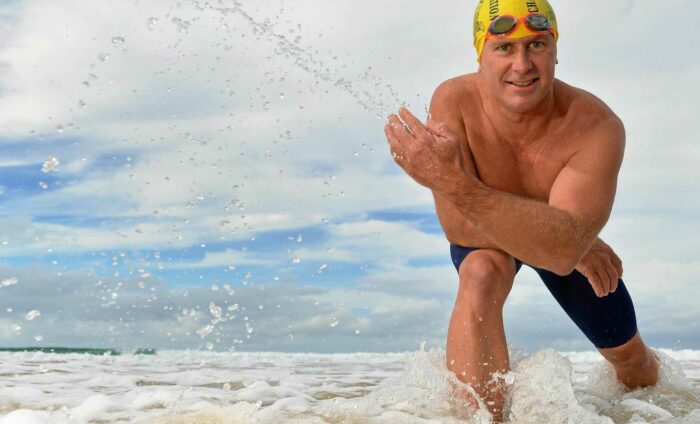 This December, 46-year-old extreme swimmer, Sam Penny, will battle through numbingly cold water, freezing winds and physical exhaustion in an attempt to become the first person to swim the English Channel in winter.

If successful, the Australian cheese monger and father of four will smash the current record for the ‘latest swim’ of the Channel, which currently stands at 3 November. No one has ever attempted a crossing in the winter months since the first successful crossing of the English Channel by Captain Matthew Webb in 1875.

Despite a record of world-class achievements in the water, including a successful solo crossing of the Channel in 2018, Sam remains humble, stating: “there is a good chance I won’t make it, but someone has to be the first to try it. If you ain’t the lead dog, the scenery never changes.

“This may seem crazy, but this is just another step up from my previous goals. My philosophy is simple. I aim to be better than I was yesterday and always have a goal to aim for. Just as long as your goal is bigger than your last one, you will be on your way to achieving greatness.”

The swim will be governed by the Channel Swimming Association, which will require Sam to wearing nothing more than a pair of trunks, goggles and a swim cap, despite water temperatures likely to be around 10 degrees and the air temperature ranging between 0 and 7 degrees.

In preparation for these conditions, Sam swam the channel in 2018 and this year he completed an Ice Mile in water 3.9 degree water. He has also spent countless hours sitting in a chest freezer of freezing water to acclimatise himself to the chilling waters of the Channel in December.

Sam arrived in the UK on the 1 December and will further acclimatise to the conditions prior to his record-breaking attempt when the weather is most suitable.