The UK’s leading marine charity, the Marine Conservation Society (MCS), is looking for volunteers to register now for the Great British Beach Clean (18-21 September), a UK-wide beach clean that not only tidies up hundreds of beaches in the UK but is also part of a global beach clean event.

“Beach litter has steadily risen over the two decades we’ve been recording it on UK beaches,” says MCS Beachwatch Officer, Charlotte Coombes. “Last year’s Great British Beach Clean attracted almost 5,500 volunteers to over 300 beaches. It’s a citizen science project that has become the most respected and long standing beach litter survey in the UK.”
Plastic bottles and carrier bags, nappies, balloons and tiny plastic pieces can be found on almost every beach in the UK – either washed up, blown there or dropped. In 2014 tiny bits of plastic were the most frequently found litter items on UK beaches. There was a 6.4% rise in beach litter between 2013 and 2014 with wet wipes having the biggest increase at almost 50%.
“Taking part in the Great British Beach Clean really can make a difference. In previous years when we’ve highlighted increases in dog poo bags and sewage related debris found on beaches we have seen drops in numbers subsequently. We hope we’ll see fewer wet wipes in 2015 following our mini-campaign showing why these material squares should go in the bin not the loo,” says Charlotte Coombes.
Cleaning and surveying a beach only takes a couple of hours. Volunteers are also asked to record any branded items they find, to enable MCS to approach manufacturers and retailers to work with them to reduce the amount of rubbish from their products.
Find out more at mcsuk.org/greatbritishbeachclean 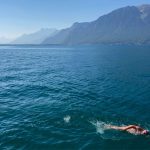