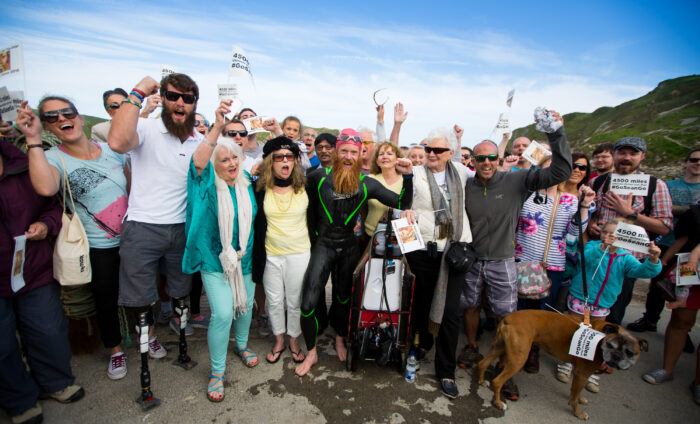 On Friday 24 June, Sean Conway completed the final leg the world’s longest triathlon, a 4,200-mile circumnavigation of Great Britain, with a 100-mile swim from Brighton to Lulworth Cove, Dorset. He started the challenge 85 days earlier when he set off on his bike from Lulworth Cove to cycle 3,200 miles to Scarborough. From Scarborough he ran more than 800 miles to Brighton before completing the final swim leg of the British Ultra Triathlon.

“This has been, without doubt, the hardest thing that I have ever done. My body feels broken and I’ve lost all my body fat as a result, but it has all been worth it,” said Sean. “The support from the public has been incredible and has kept me going. I can’t thank you all enough.”

“People sometimes underestimate how amazing Britain really is, and let me tell you, having circumnavigated it, this really is a beautiful island that we live on,” said Sean.

The Discovery Channel followed his journey for the documentary Sean Conway: On The Edge.