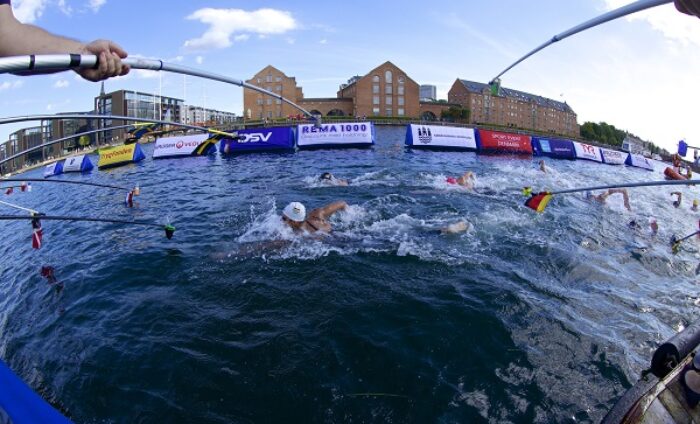 For the second year in a row, the Danish Swimming Federation is hosting the elite European Open Water Swimming Cup alongside Copenhagen Swim, a 2km mass participation swim around Copenhagen’s canals. Both events will take place on Saturday 27 August.

The European Cup in Copenhagen is the fifth leg in a series of six, where upwards of 40 of Europe’s top open water swimmers will race for 6km around the Danish Parliament Buildings in the harbour of Copenhagen.

“Once again we are pleased to have the privilege of inviting Europe’s strongest open water swimmers to the European Cup in Denmark,” says Caroline Kleemann Falster, Project Manager at the Danish Swimming Federation. “With the event being set round Christiansborg, we can offer participants a unique backdrop, where spectators can follow the entire route.”

Around 3,500 amateur swimmers are expected to take the opportunity to swim through the centre of the city and participate in Copenhagen Swim. The swim is open to foreign entrants and the organisers are also offering the opportunity to train with different open water swimming communities around Denmark – in lakes, fjords and the sea around Copenhagen. See copenhagenswim.com for details and to enter the swim.

Should safe diving boards be installed at rivers?