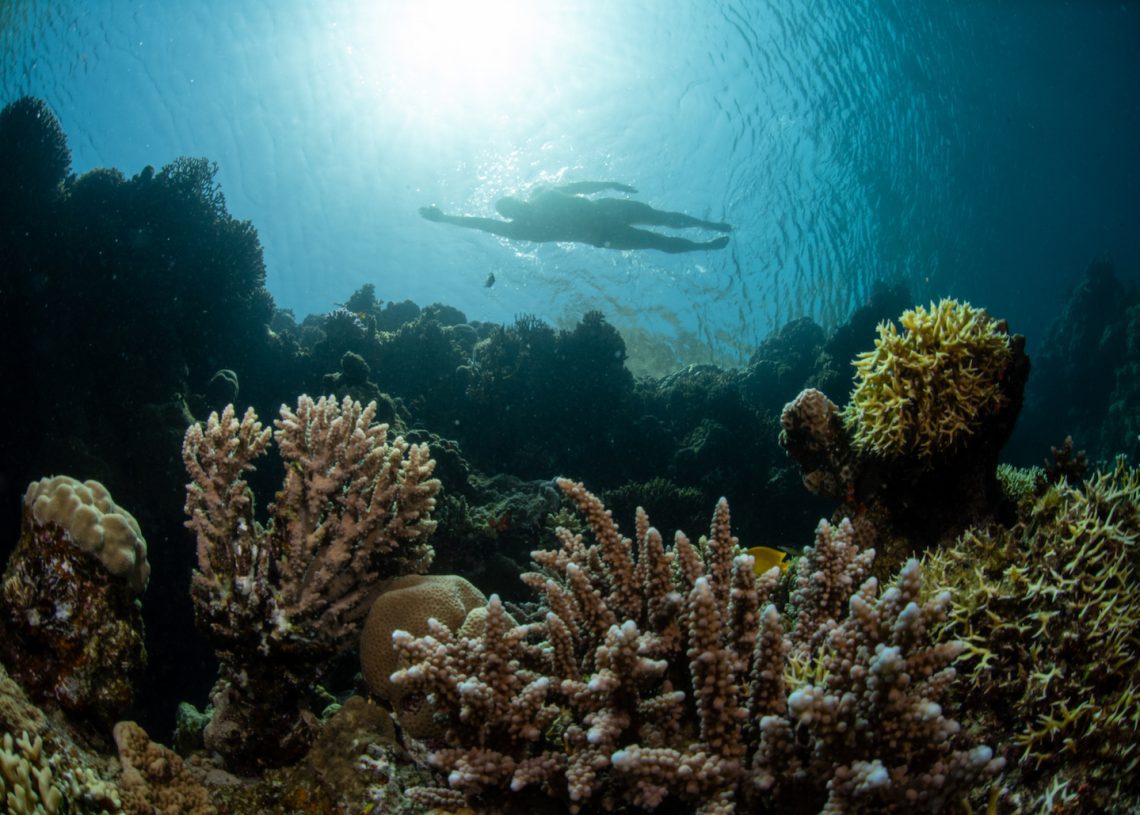 Lewis Pugh’s swim across the Red Sea highlights the vulnerability of coral reefs, which support 25 per cent of all ocean life

On 10 October, endurance swimmer and UN Patron of the Oceans Lewis Pugh began his latest challenge – to attempt the world’s first swim across the Red Sea.

The 160km swim from Saudi Arabia to Egypt will take Lewis roughly two weeks to complete. Swimming 10km a day, he is expected to reach Hurghada in Egypt on 25 October, ahead of his appearance at the UN Climate Conference (COP27) in Sharm el-Sheikh.

Lewis’s swim across the Red Sea highlights the impact of climate change on coral reefs, which support 25 per cent of all ocean life and are the most biologically diverse ecosystem on Earth.

“If we lose our coral reefs, we will not just drive many thousands of species into extinction, we will lose an entire ecosystem, on which we depend. This would be unprecedented in human history,” says Lewis. “Coral reefs are the nurseries of our oceans, and home to some of the most incredible life on earth. I refuse to accept that we could lose them in my lifetime.”

During his challenge in the Red Sea, Lewis will not only be swimming over some of the most precious coral in the world, he will also be swimming across one of the world’s busiest shipping lanes.

A veteran endurance swimmer, Lewis swims in the most vulnerable ecosystems on Earth to campaign for their protection. He was the first person to complete a long distance swim in every ocean of the world, and in 2018 he swam the length of the English Channel from Land’s End to Dover calling for the UK to protect 30 per cent of oceans by 2030.

As well as calling for the protection of coral reefs, Pugh’s swim across the Red Sea highlights the speed of the Climate Crisis ahead of COP27 in November, where he will urge all nations to drastically cut their emissions.

“I’ve been swimming in the world’s oceans for 35 years, and during that time I’ve seen them change dramatically,” Lewis says. “Ice and coral are the Ground Zeros of the Climate Crisis. These changes are happening before our very eyes. As evidence of global warming, they are indisputable.”

For more details on Lewis Pugh’s swim across the Red Sea, visit lewispughfoundation.org