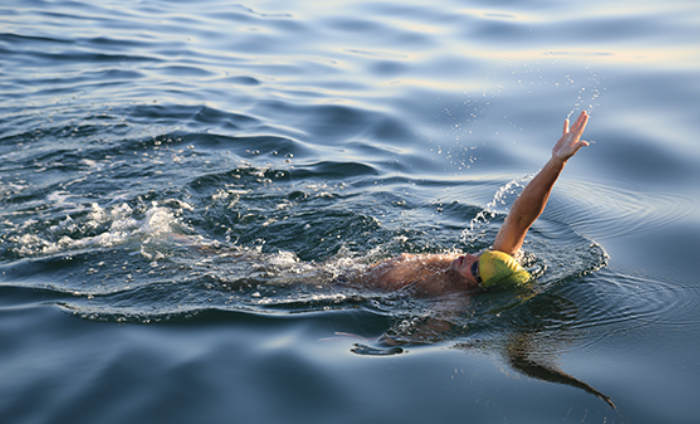 On Friday 7 August, Haynes, a secondary school teacher from Devon, became the third person in history to swim the Channel using backstroke, making his way to France in 12 hours, 52 minutes and 41 seconds.

He now also holds the world record for the fastest backstroke crossing.

On the same day, Chloë McCardel, who set the world record for the longest unassisted ocean swim in 2014, completed her 34th crossing also on Friday, equalling the current men’s record for the most Channel swims.

The Australian swam the Channel three times in just nine days to equal the record. She now looks to surpass it though, and will attempt her 35th English Channel crossing later on this month.

You can read more on these record-breaking swims in the September print edition of Outdoor Swimmer magazine, which is now available for pre-order.