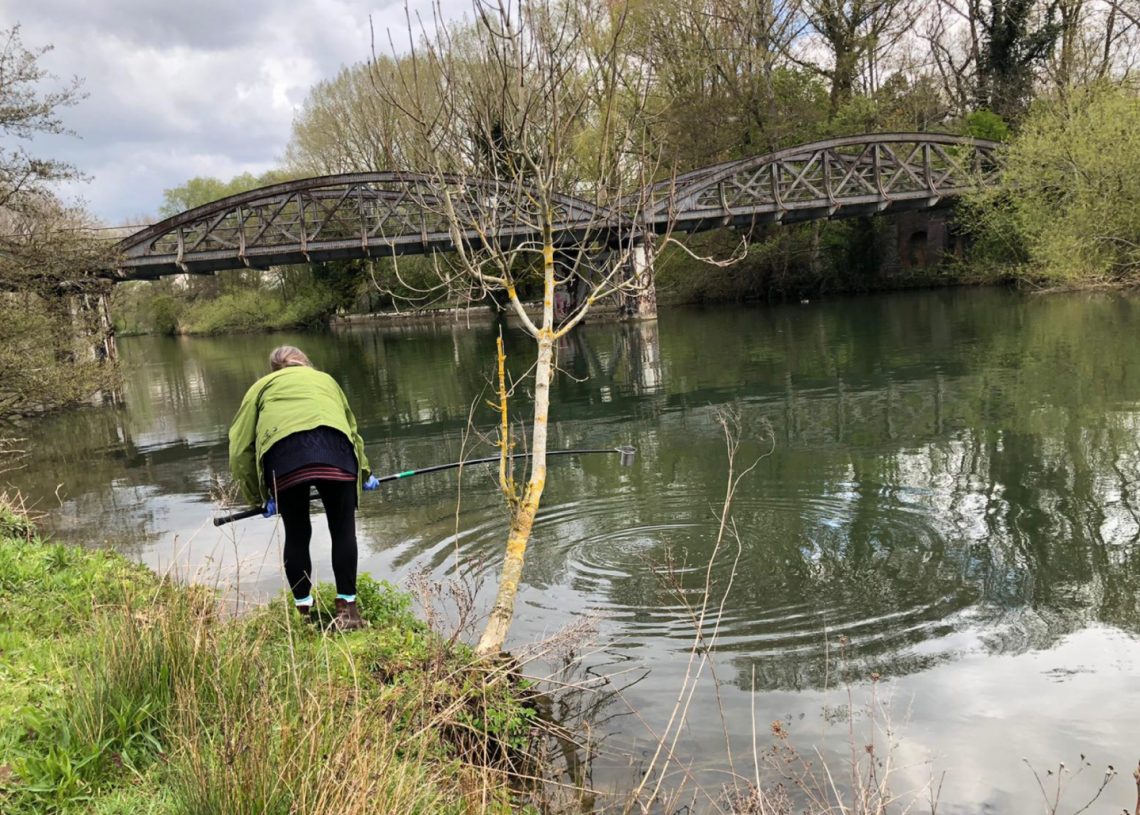 Wolvercote Mill Stream in Oxford – the only officially designated swimming spot on the Thames – has failed bacteria safety tests.

There are calls for Thames Water to make swift upgrades to Cassington sewage works after Wolvercote Mill Stream in Oxford – the only designated bathing space on the Thames – fails bacteria tests.

The results from the summer of 2022, viewed by environmental charity Thames21 and published by the Environment Agency, indicate that both E Coli and intestinal enterococci are present at levels higher than it is safe to swim in. In the case of intestinal enterococci, the levels were over twice the recommended amount.

However, in their most recent planning document, Thames Water did not commit to upgrading treatment works at Cassington or Stanton Harcourt, despite previous research (funded by Thames Water) showing extremely high bacteria levels downstream of these treatment works.

“We are disappointed, but not surprised, by these results at Wolvercote, given that Thames Water released untreated sewage into the rivers around Oxford for 5,600 hours in 2021 and given our results from citizen science testing last year,” said Claire Robertson, Oxford Rivers Project Officer at Thames21.

“However, we are surprised that Thames Water has presented no firm plans to upgrade sewage treatment which affects swimmers on this stretch of river. There are only four more years to achieve a ‘sufficient’ or higher designation at Wolvercote, otherwise the site may be de-designated.”

Thames Water states that it plans to halve raw sewage spills by 2030. “This is not nearly fast enough for the swimmers and paddlers at Wolvercote, many of them families with young children, nor for the wildlife and plants that call this part of the Thames their home,” said Claire. “We need action now.”

The only designated bathing waters on the Thames

The popular swimming spot, two miles outside Oxford City Centre, was granted bathing water status by Defra in April 2022 after an 18-month local battle by the Oxford Rivers Project, which included local swimmers. The status means the Environment Agency tests river water weekly between May and September for harmful bacteria.

“The results indicated that although the bacterial levels present can originate from a number of sources such as livestock or incorrect plumbing near the site, overall the largest contributor to the bacterial levels at this site is untreated and treated sewage effluent from Thames Water’s assets,” said Tim Harris, associate with the Rivers Trust, who led the study in 2021.

“Therefore, it has come as a great surprise that there are no plans yet put forward to upgrade the sewage treatment works and sewage network within the local area affecting the Bathing Site.”

Oxford West and Abingdon MP Layla Moran added: “When Wolvercote Mill Stream was granted bathing water status earlier this year it brought joy to the whole community. This stretch of river is regularly used by hundreds of people – families swimming, kayakers and rowers, as well as anglers, and birdwatchers.”

“Wolvercote Mill Stream is one of only three rivers in the country to have received this designation. Whereas France currently has 573 river swimming areas, Italy has 73 and Germany has 38.

“It is incredibly disappointing to hear this cherished spot has failed bacteria tests; this is upsetting news for communities across the country who want to swim in their local rivers without risk to their health. We must keep up the pressure on Thames Water to keep untreated sewage out of our rivers.”

Richard Aylard, Sustainability Director at Thames Water, said: “Taking action to improve the health of rivers is a key focus for us. All sewage discharged from Cassington STW since April 2021 has been fully treated and while the sewage treatment process is not designed to remove bacteria, we recognise the concerns raised regarding the presence of bacteria in the river which can come from multiple sources.”

“As a member of the Oxford Rivers Project, who made the application for designated bathing water status at Wolvercote Mill Stream, we’ll continue to work with our partners to understand what more needs to be done to ensure consistently good water quality in the Thames.”

“We have committed to reducing the annual duration of sewage discharges into rivers by 50% across the Thames Valley by 2030 and have planned substantial investment in our local sewer network to reduce the need for untreated discharges, including a major expansion at Witney sewage treatment works in Oxfordshire. After a successful trial in the Oxford area, we’re finalising the provision of live alerts from all 468 permitted locations across our region, by the end of 2022.”

“We’re clear it’s completely unacceptable for any untreated sewage to enter rivers, whether it’s permitted or not. Stopping discharges altogether will take time and sustained investment, however each step we take on this journey is a move in the right direction.”

Thames21 connects people with rivers by putting healthy rivers back at the heart of everyday life. They work to improve and restore rivers, educate and empower the community and campaign for positive change for the good of people and the environment.

Keep up to date with environmental and water safety updates via the Outdoor Swimmer news page.