Hungarian swimmer Kristof Rasovszky and Great Britain’s Alice Dearing emerged victorious from the 10km swim at the World Junior Open Water Championships, which have just concluded in Hoorn, Holland. While this was the third running of the championships it was the first time junior swimmers in the 18/19 age category could compete over the Olympic 10km distance.

In the men’s race, Rasovszky opened a gap on the pack on the third of four 2.5km laps and wasn’t threatened again after that. He touched home in 1:53:01.7, nearly 30 seconds ahead of second place Zhongyi Qiao of China and third place Andrea Manzi of Italy.

The women’s race was more tightly contested with the leading contenders tightly packed until the end. With 50m to go, Hungarian Nikoletta Kiss was in front, but Dearing sprinted through at the last moment to claim gold by half a second in 2:04:25.1. Valeriia Ermakova of Russia finished a further 1.4 seconds back.

“The race was a little bit rough,” says Dearing from Birmingham, who has been racing in open water for four years.

British team leader Bernie Dietzig says: “We are a little bit surprised, but she was always in the leading pack and took her chance in the last lap.” 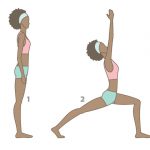