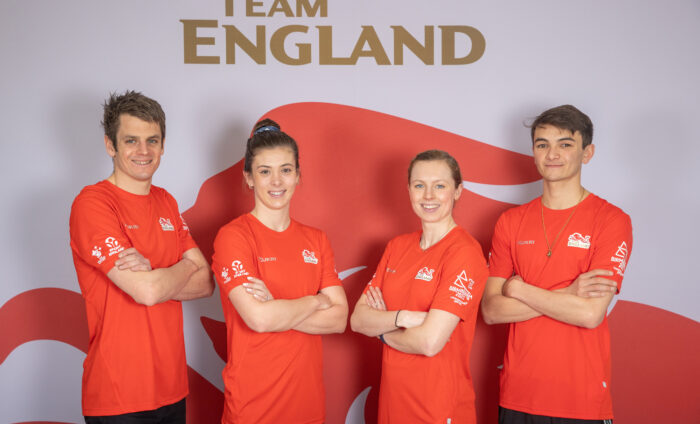 400 Team England athletes are set to compete at Birmingham 2022 and capitalise on the once in a lifetime opportunity to bring home success in their own country.

Four high-profile names are set to star for Team England in Triathlon:

Triathlon will be the first medal event on the programme at Birmingham 2022, taking place at Sutton Park. Speaking to Team England on her excitement of being given the opportunity to compete in front of a home crowd, Georgia Taylor-Brown, said:

“When I watched the London Olympics and how the crowd really got behind everyone, I thought it was quite sad that that may never happen again in my lifetime, so to be able to be at a home Games for the Commonwealth Games is quite incredible and something you’ll cherish and relish in as the crowds will really get behind you.

Team England’s Chef de Mission, Mark England OBE, welcomed the athletes to the team: “It’s brilliant to announce Team England’s first four athletes for Birmingham 2022 all of whom are world leading triathletes, and really exciting to be medal competitive from day one. A home Games is a truly special event to be involved in and I’d like to congratulate the athletes on their selection.”

Selection for the remaining triathletes and PTVI para triathletes to compete in the Commonwealth Games for Team England will be announced in the build up to the Games.