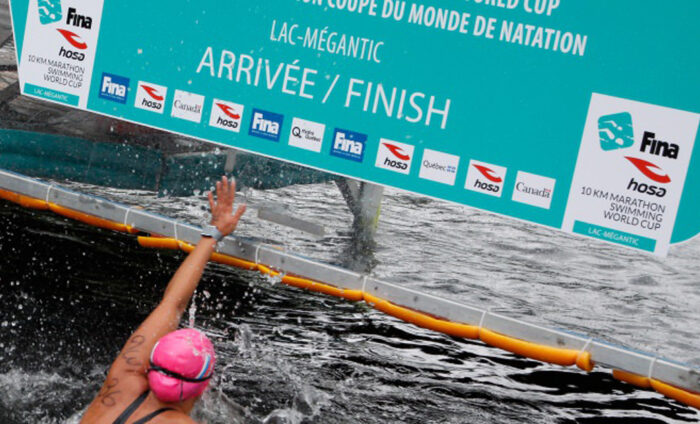 Away from Rio, there was elite open water action at the weekend in the fifth leg of the FINA/HOSA Marathon Swimming World Cup. 38 swimmers from nine countries battled it out in Lac Megantic, Canada, in the men’s and women’s 10km events

In the men’s race, Andreas Waschburger took gold in 2h02m26s. Chip Peterson (USA) was second in 2h02m26s50 and Pepijn Smits (Netherlands) completed the podium with a time of 2h02m30s.

The next race in the World Cup series is at Chun’An, China, on 9 October.