Rod Newing has written an interesting piece for us on how the Serpentine Swimming Club uses a handicap system in its weekly races to give the not-so-fast a chance to compete with the swift. In Ireland a similar system is in place for a series of one-mile open water swims throughout the summer.
A handicap system can generate exciting racing for everyone taking part. The slower swimmers start first and fast ones later. The faster they are, the longer they have to wait. And the question is always the same: can the faster swimmer overhaul the slower before he or she runs out of water? It can make for exciting viewing and it’s a system that’s stood the test of time.
Here are a couple of excerpts from The American Swimmer, published in Boston, Massachusetts, in October 1923.
“I am going to tell you the story of a swimming club, a club with a continuous and sustained interest on the part of its members, such as I have never seen anywhere else in the world.”
“Its success is due to its methods. The methods are not trade-marked or copy-righted or patented. They may be imitated by other clubs elsewhere; they may be imitated in other swimming places where there are now no clubs; they may make swimming more of a universal sport, even more than it has become today.”
The club in question is of course the Serpentine Swimming Club, which is still going today and still running the same handicap racing system described in Newing’s article.
Last week I attended a meeting organised by Henley Swim about the creation of new open water swimming clubs. One point that came up was that many potential swimmers are put off taking up the sport as adults because they don’t feel fast enough to join a masters swim squad. These new open water clubs would aim to reach out to swimmers of all speeds and it is hoped they will find creative ways to attract and retain them. But maybe the first thing they should introduce is tried and tested handicap racing as it seems perfectly suited to open water swimming.
Incidentally, swimmers in the Ireland series are welcome to wear wetsuits but they can only compete if they swim without. It seems to be quite common for swimmers to do their first season in a wetsuit, and then shed it in subsequent years.
Of course, you could also use a handicap system to allow wetsuited and non-wetsuited swimmers to race together on more equal terms. 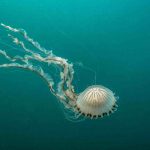