I was on the swim team in high school. After trying several times, I finally made the team in grade 11. I wasn’t very fast but I compensated with enthusiasm. I gave everything I had at every meet and I was so thrilled to be on the team that I didn’t mind constantly placing last.
But I wanted to improve. I trained hard over the summer and was convinced that I’d be great on the grade 12 team. I wasn’t. I continued to lose at every meet and this time I didn’t handle it well. I hated letting the school down. I began skipping meets, claiming too much homework or illness.
I became afraid to join teams. I turned inactive during undergrad, only rediscovering swimming in graduate school when open water became popular. After spending several years obsessed with my time, I realised that just completing the swim is a huge accomplishment. I love open water; I thrive at endurance over speed. I am pleased whenever I finish an event and I never let a team down. I am now a very fulfilled athlete.
And so I forgot about the scared girl from the grade 12 swim team until earlier this month when I represented my university at the Ontario Three Minute Thesis (3MT) competition.
3MT is an international competition where graduate students summarise their research in three minutes for a general audience. Every university chooses a winner who goes on to the provincial (county) finals. The top five speakers from provincials move on to the Canada championships.
Ontario has twenty universities ranging in size from the University of Toronto, which hosts over 80,000 students, to my university, the Royal Military College of Canada (RMCC), whose entire student body barely breaks four digits. The University of Toronto held three rounds of competition with over 100 participants to choose their university winner; RMCC had one round of six competitors.

After spending several years obsessed with my time, I realised that just completing the swim is a huge accomplishment

But all the winners went to the same provincial championship. The 20 finalists are supposed to be the most impressive graduate students in Ontario. We were told repeatedly how remarkable we are to have won at our respective universities.
I felt like a sham. Coming from the smallest university, I had beaten only a handful of students to arrive at provincials. I felt that I needed to prove that I deserved to be there. Moreover, after being an exclusively military institution for over a century, RMCC was counting on me to promote their civilian student research for the first time and show the province that we belong. I wanted to make my university proud.
I thought I would. My speech went well and I was optimistic that I would rank in the top five and go on to nationals.
But I did not.
As soon as I heard, the scared grade 12 girl came back. She rushed into my head screaming, ‘You failed. Your best wasn’t good enough. You suck!’
A decade ago, I listened to her, giving into fear of failure. I ran from team sports so that I would never again let a group down. But the funny thing is that I still look back on high school with nothing but pride that I was on the swim team and did my best. Eventually that experience led me to open water.
So I realised that we’re not always winners but if we keep trying, we’ll find the thing that makes us feel like a champion. Every time I finish an open water swim, I feel like a gold medallist. Eventually I’ll find my outreach forte as well. Until then, I’ll keep trying!

T30 renamed and extended to open water swimmers and non-members 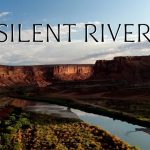