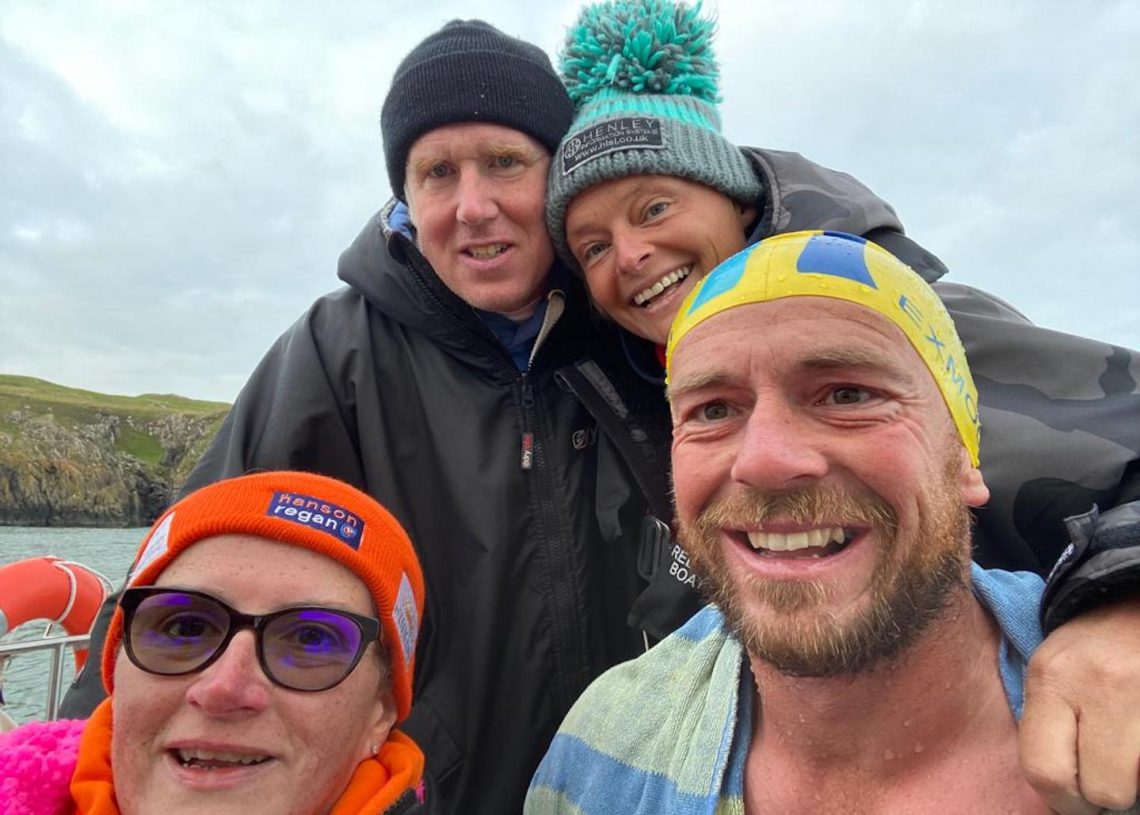 Laura Reineke of the Henley Mermaids reflects on an incredible year of swimming adventures, and looks forward to swimming the English Channel in 2023

“The other mermaids and I have had a fantastic 2022. A really busy, interesting year!

We Henley Mermaids raise money for a different charity each year, and in 2022 this was Surfers Against Sewage.

We raised money, and also awareness about sewage pollution, climate change and the effect it has on our planet.

I began the year swimming Robben Island Freedom swim in Cape Town with Big Bay Events. This was a 7.5km rough, cold swim.

During our swim we came across three whales, one of which was tangled in fishing nets. Luckily the coast guard had special equipment to untangle them.

I had the pleasure of meeting the shark specialist at Cape Town aquarium. She explained the dreadful state of the shark population in Cape Town.

There is a pair of Orcas called Port and Starboard (because their dorsal fins face left and right!) who have had to form a new eating habit due to over fishing in the area (they eat Great White shark livers). The Great White population has been utterly devastated, leaving too many seals and not enough fish. An apex predator has been removed from the water, causing massive destruction to the ecosystem.

My next adventure was swimming the North Channel with fellow mermaid Joan and two mermen from Exmouth – Gary Robb & Max Norman. It was a very chilly 11 degrees. The bonus of swimming early in the season is that the jellies aren’t as keen on the cold, however I did get one Lion’s Mane sting.

The next mermaid adventure was swimming the Bristol Channel. In September we became the first all-female team to complete the crossing. Having failed our first attempt in 2021 we were doubly determined, and battled with rough tide against wind.

Throughout the summer, mainly to raise awareness about the illegal sewage releases into the Thames, we swam from source to Henley, ending our almost 200km swim with a demonstration. It was fantastic. We had local celebrities including Russell Brand speaking, along with other environmental groups.

New adventures in the new year

Looking ahead – 2023 is a really exciting year for me. I am training to swim the English Channel Solo in August, and raising money for a charity I founded myself – Henley Community Hub.

Training began in October, and getting in the pool each morning feels relentless. I’m allergic to chlorine, so I have shares in antihistamine tablets!

I can’t wait for the water to warm up so I can get some distance in the sea and river, which is what I love most.

My aim is to raise £1m, which is the amount needed to renovate the building for the Hub.

The other four mermaids are swimming Loch Ness, which I am sad to miss, but I have to concentrate, fixate and be single minded on my own goal.”

Would you like to tell us about your swimming adventures? Please email news@outdoorswimmer.com