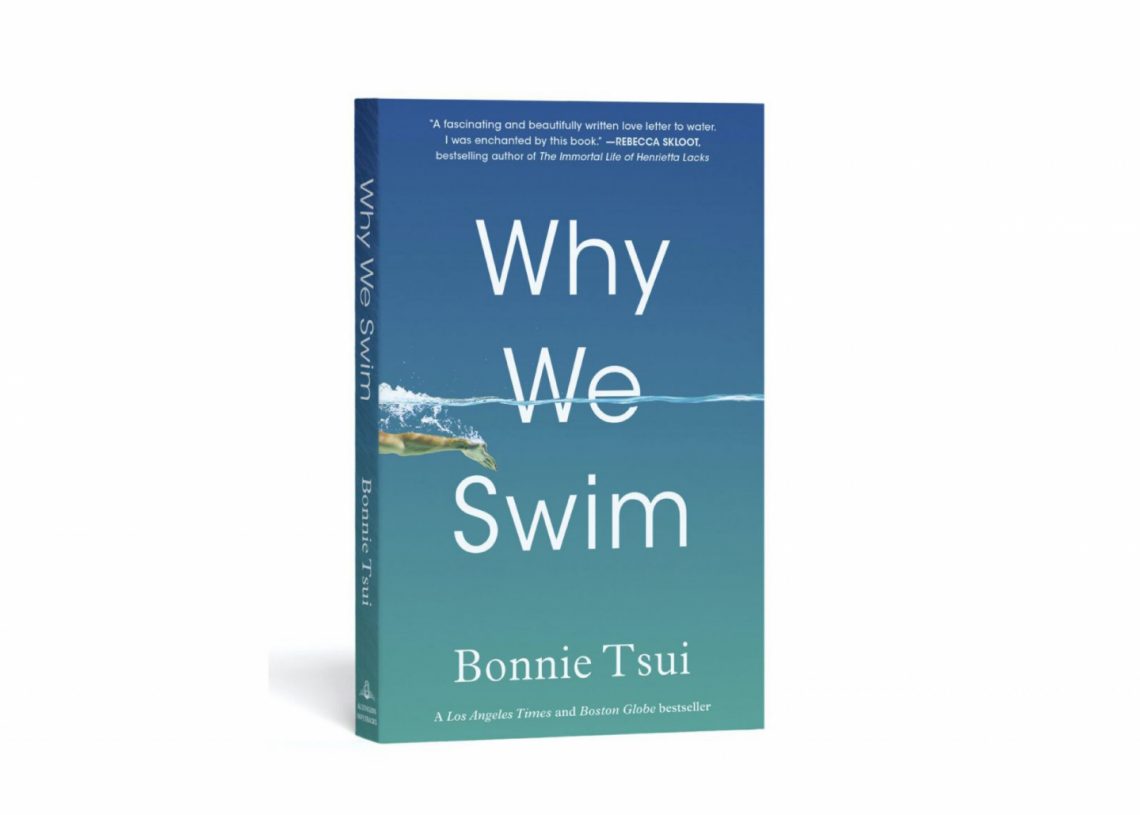 Most of us who swim know why we do it, but I suspect few of us could explain it as well as or in such depth as Bonnie Tsui in Why We Swim.

Her section headings list the reasons many swimmers would choose if pressed: survival, well-being, community and competition. She also adds a fifth, “flow”, which for me addresses the intangible elements that separates swimming from many other activities.

Survival is often cited as a key motivator in teaching people to swim. We know many people who drown never intended to enter the water, and perhaps swimming skills may have saved some of them. Tsui starts her book with the story of Icelandic fisherman Guðlaugur Friðþórsson who swam for six hours to shore in near-freezing water after his boat sank, claiming the lives of the other four crew members. But for our ancestors, and for some communities today, swimming for survival was much more than being able to save yourself from a sinking boat. It was (and is) a way to forage for food. Archaeological evidence suggests people have been swimming for at least 10,000 years and probably longer.

The link between swimming and well-being has been known for centuries. The Romans were famous for their baths for example. In the 18th Century, Benjamin Franklin bathed regularly in the Thames, citing its benefits for many ailments. But only relatively recently have researchers begun to be able to explain why this is so, and why swimming may be more effective than other exercise. One reason is that immersion in water pushes blood away from the extremities towards the heart and lungs, temporarily increasing blood pressure. Anecdotally, Tsui shares the story of marathon swimmer Kim Chambers who took up the sport after a fall nearly cost her a leg. She swam for rehabilitation and discovered a talent for it.

Swimming, as Tsui notes, is an isolating experience, yet it’s also one that people do together. In her section on community, the author shares the story of Joseph “Coach Jay” Taylor who built a swimming community in Baghdad when he was stationed there between 2008 to 2010. Coach Jay says that rather than isolating them, swimming forges bonds between people pursuing a common endeavour. However, on a less positive note, not everyone has the same opportunities due to race or economic background – and this has tragically measurable consequences. In America, black children drown at a rate five times higher than white children. Nevertheless, swimming can help break down barriers and Tsui’s own experience of swimming club growing up was positive and integrated.

In the section on competition, Tsui tackles the obvious – pool racing – but the more interesting part is her digression into swimming as a combat skill, apparently revered by ancient Egyptians and Greeks. In Rome, apparently Julius Caesar was admired for his aquatic skills. In Japan, Samurai warriors learned how to swim in armour.

Finally, in the section on flow, Tsui calls on scientists, poets and writers to try to explain the specialness of swimming. The psychological concept of flow – a mental state of effortless enhanced productivity – comes from the psychologist Mihaly Csikszentmihalyi. Tsui suggests we can access this state of mind, a simultaneous sense of stillness and motion, through swimming, and asks if swimming helped Lord Byron unlock his poetic creativity. Swimming, says Tsui, is transformative. It puts us into the present moment, and (citing Waterlog author Roger Deakin) allows us to see and experience the world completely differently.

This is a wide-ranging book, sometimes straying far from directly answering the question raised in the title, but always informative and interesting. Swimmers will find themselves nodding in agreement with much of what Tsui says but if you wanted a snappy answer to the question of why we swim, this isn’t it. And that’s probably because there isn’t a simple answer.