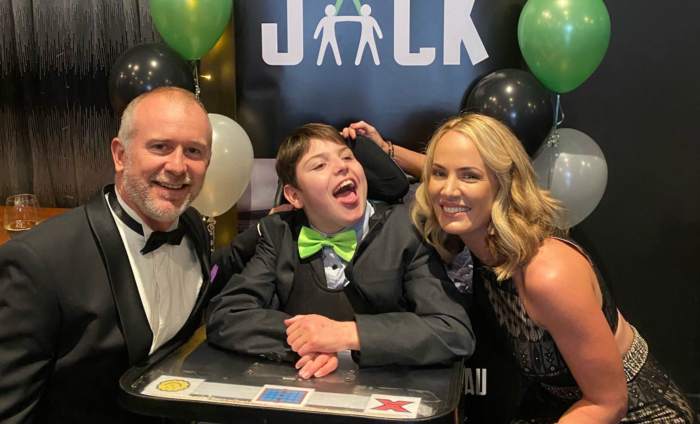 When I look back on all the things I have done, I’ve recognised a pattern of “always being ready”. My English Channel swim in 2018, Ice Mile in 2019, a bloody cold December English Channel attempt just four months ago. Plus, other big challenges have always been with just three months preparation. Perhaps it’s an attention span thing combined with that I’m always fit and ready to go when I dream up my next wave to catch. At least six days a week you will find me either in the pool or in the ocean turning the arms over in readiness for another adventure.

But as a rampant virus sweeps the world, I find myself not “being ready” for the first time in years.

But first, let me step back a bit and take you through what the last four months has looked like.

After my attempt to swim the English Channel in a cold December didn’t quite go as planned due to hypothermia, I quickly decided that I needed to keep my fitness high. After questioning my sanity, most people would also ask if I would attempt it again. If I do, it is merely a matter of “time will tell”. Considering I only decided to do a Winter Channel Swim in September, anything can happen.

After I arrived back in Australia in early December, I was back in the pool the next day. I was determined to be stronger, faster and build my speed endurance so that I can spend less time in the water. I was loving being back doing sprint work and had my eyes on breaking the minute mark for my 100m. I felt so great in the water, particularly that I was starting to lose my December Channel Chub.

It’s at this time I need to point out that I am a cheesemonger. Yes. I sell cheese for a living. My business, Cheese Therapy, flies in cheese from around the world and delivers it to peoples’ doors around Australia. And yes, it is the best job ever!

Australia had a brutal summer this year, with bushfires devastating so much across December and January. One of our cheesemakers reached out to us as their trade pretty much evaporated. We decided to put together a special pack for them and ended up selling about 2 tonnes of cheese. It took us 7 weeks to get through this and included most days being 18-hour days and one all-nighter. This was exhausting, but I still made it to the pool three times a week to maintain my fitness.

After ploughing our way through a seemingly endless sea of cheese in early March, we then got hit by the tsunami that is COVID-19. Australia has lagged behind much of the world in terms of infection rates, so when life was in lock down in most parts of the planet, our pools and gyms were still open. I had started to increase my number of sessions in the pool each week until our country had a rapid shutdown of almost everything including our pools and gyms. Just when I felt I was getting my mojo back, it was sunk. If 2020 was a three-month free trial, I doubt any of us would be taking up the offer to continue. Instead, we would be waiting for the 2021 model to come out.

As bad as this virus is, there are some parts of the economy that are booming. Seems like most people want cheese delivered to home. Let’s face it, cheese does make things better. We have entered into a new flood of cheese flowing out our door which has put significant pressures on my time to get any fitness done.

Like most ice swimmers and ultra-marathon swimmers out there, I look at food and it goes straight on to my love handles and stomach. My kids particularly love to make fun of my double chin as I have started to balloon out. As sexy as that sounds, I need to get back into the flow of things and get fit again. The question though, is with what?

If you recall the scene in Jumanji where there is a stampede of hippos through the house and trailing is a fat slow hippo, out of breath… That fat slow hippo is me when I run. Short, stumpy, legs huffing and puffing away. As much as I dislike running, I am going to turn to this.

Last August I competed in this thing called “Last One Standing”. You run 6.7km each hour, on the hour until you’re the Last One Standing. It is 6.7km as this works out to 100miles in 24hours. With just three months training, I got 87km and 13hours. Not bad for a short, fat hippo. I did this by running one minute, walking one minute until the 6.7km was done. I am setting myself the challenge of getting to 100km before September. The great thing about a challenge like this is that I can easily do it by myself, it gives me something to focus on, it has huge improvements to my swimming endurance and forces me to get out and fit again so that when the pool finally opens, I’m back. By doing minute-on minute-off, it takes all the pressure out of my knees and legs so I’m not taxing my body that much. The body of a Channel swimmer means there’s a lot of pressure going through those knees!

The ocean here on the Sunshine Coast is open but with less and less people swimming there, I feel like my odds of getting bitten by a shark increase. It’s Australia remember! I’ll tell you of my shark attack procedure another time that goes through my head every time it swim in the ocean. It’s tiring!

To keep me on track, I have developed up a training program. With the running, I consider the 6.7km to be a “lap”. Perhaps it’s the swimmer in me that finds it easier to do laps rather than doing things for half an hour or an hour. My training involves three runs a week of between two and five laps and at least one ocean swim a week. With four kids to entertain during lockdown, this running is slow enough that they can join me. Unfortunately, I can’t keep up with our seven-year-old. Damn short stumpy legs! It has been a beautiful thing though to be doing fitness things with them.

With all the terrible news that is coming from around the world, getting out into a trance like state as you run or swim makes so many things melt away. It keeps some sanity in an otherwise insane world.

Main image from left to right – Sam Penny, Jack Duffy and Helen Shadforth at a Just Like Jack charity event.

Just Like Jack is a charity that enables children with disabilities and their families to experience adventures and get the most out of life.