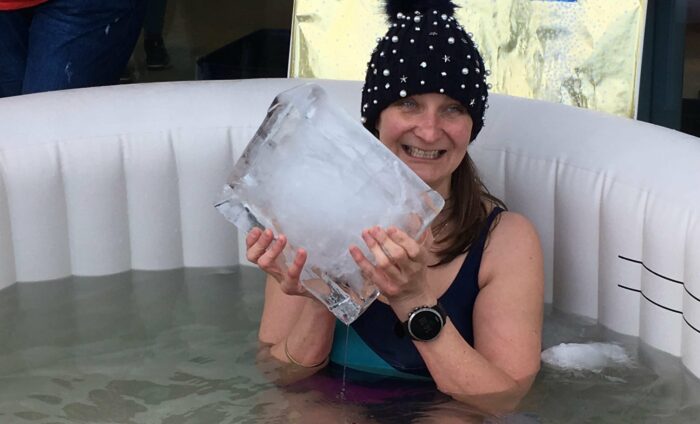 In February 2020, an intrepid team of marine conservationists from around the globe will be accompanying world-renowned extreme swimmer Ger Kennedy on an awareness-raising expedition to Antarctica to campaign for greater protection of its precious seas and marine species in support of fellow swimmer Lewis Pugh’s ongoing efforts.

The Irish-led, Antartica 2020 expedition will see the team travel to the Antarctica Circle, 66 degrees south, to swim and land at various locations along the peninsula.

The expedition will be taking place in mid-February, and aims to create worldwide awareness of the incredibly special place the region is for marine habitats and wildlife, with the ultimate goal of creating two new internationally-recognised Marine Protected Areas in its inshore seas. The event also celebrates endurance swimmer Lynne Cox’s pioneering swim in the same region in 2002 as well as being the 200th anniversary of Antarctica’s original discovery.

Jane Hardy, a volunteer and Assistant Area Coordinator for UK charity British Divers Marine Life Rescue (BDMLR), has volunteered to be a part of this inspirational team, and has been undertaking intensive training to prepare for the epic effort since November. Amazingly, Jane only learned to swim 12 years ago at the age of 41, when she started swimming lessons while her son was also learning and has been making up for lost time ever since.

We caught up with Jane, to find out more about why she joined the expedition and how she has been preparing.

Why did you decide to volunteer for this expedition?

When I saw that the campaign was looking for swimmers to take part in an expedition to swim in Antarctica I knew this would be a lifetime experience and I simply had to go for it. I’ve watched all the David Attenborough programmes and to me the Antarctic is like the last frontier, real wilderness where man hasn’t taken over.

How are you training for the extreme conditions?

I’m not the best swimmer in the world, but I do have determination and stamina. My training regime has been to do a cold water sea swim virtually every day since the start of November. I have been gradually building up distances and improving times while enduring water temperatures as low as 4 degrees Celsius in my local area in North East England without a wet or drysuit. This is to help me to prepare for swimming in the almost freezing sea that the rest of the team and I will face when we reach Antarctica.

Why is this expedition so important?

The trip stands for everything I believe in. It’s an opportunity to highlight what we are doing to the planet and I’d like to educate and ultimately help protect the area. I love everything to do with the ocean, I clear my local beach of litter every day when I walk the dog, and I volunteer for BDMLR rescuing marine mammals along this stretch of coast too, and I’ve seen seals entangled and suffering horrific injuries due to pollution, so it only makes sense that I fundraise for BDMLR alongside this series of swims too.

Jane travels to Ushuaia in Argentina on the 13th February, with the ship setting sail on the 17th and a series of swims then taking place over the following 12 days within the Antarctic circle across a variety of locations.

Anyone who would like to help support Jane and BDMLR can visit her Justgiving page at www.justgiving.com/fundraising/jane-hardy13?utm_id=25.

To find out more about the campaign itself visit www.antarctica2020swim.com.