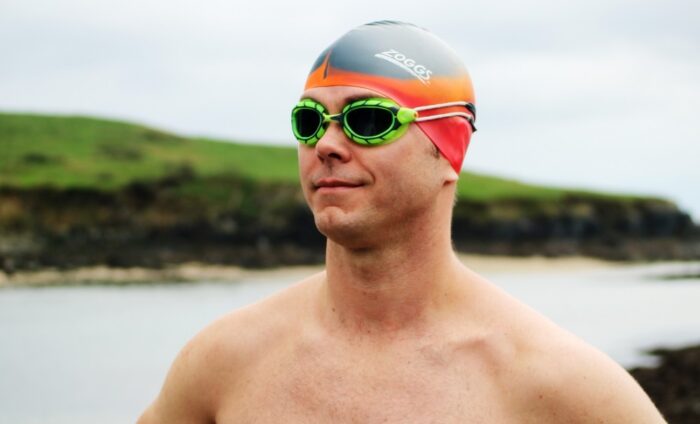 He’s already swum from England to France and crossed both the Molokai Channel in Hawaii and the Catalina Channel in Los Angeles but those epic challenges barely count as a warm up for what Michael Ventre wants to do next: swim all the way from New York to London.

Michael estimates the 3,800-mile swim will take him between four and seven months. His plan is to swim alongside a support vessel where he will sleep each night before returning to the water each morning at the same GPS location as he left it.

Interestingly, the proposal to return to the same GPS location was abandoned by Ben Hooper during his attempt to swim the Atlantic last year. The amount of distance he drifted compared to how far he actually swam provoked a considerable amount of negative commentary. Michael says he followed Ben’s attempt closely and believes the plan to return to the previous day’s finish point is entirely feasible.

“My boat will have a ‘parachute’ anchor system to anchor us as best as possible at night. Drift will be taken into consideration,” he says. He also shared the detailed response from his boat captain with us, as follows:

“The parachute sea anchor slows the drift caused by wind and waves to a minimum. The ocean currents will cause drift at the speed that they flow. Most currents are 0.5 to 1 knots. Some areas, like the Gulf Stream, are 2 knots. If there is an 8 hour break from swimming, the boat would drift 0.5 knots x 8 hours = 4 miles. The crew take distance drifted from last water exit waypoint into consideration and sail or steam back to location to be at position at scheduled swim time. For example, if we drifted 6 miles,  we need to sail at 6 knots for 1 hour before Michael wants to be at last waypoint. As the support vessel is a sailing vessel, we will sail as much as possible to conserve fuel.”

Starting in the Hudson river in New York and ending in the Thames in central London, Michael’s challenge is equivalent to swimming the length of Great Britain almost four-and-a-half times.

However, none of this can happen without significant funding and so Michael is seeking support from sponsors and through donations and crowd funding.

Michael will be running a final crowdfunding campaign from 30 Jan to 3 Feb to secure the event as there is still no guarantee this will happen. To make an early donation via PayPal you can visit his site at http://www.newyorktolondonswim.com/donate

He will also be raising funds for Oxfam.

Diary of a Wandering swimmer – yellow tangs from a lava field