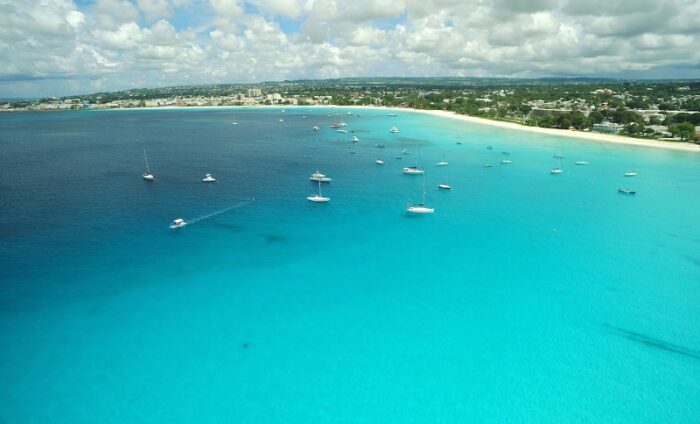 US swimmer Alex Meyer loved swimming in Barbados so much in 2014 that he’ll be back there again on 7 and 8 November to defend his title at the 2015 event. In fact, despite his impressive open water CV (former World Champion, current US Champion and recent Silver Medallist in Kazan) he says the festival, which attracts recreational swimmers from around the world, “is what open water swimming is all about.”

For 2015, the Barbados Open Water Festival (BOWF) will run over two days for the first time and features a 1.5k and 5k swim on separate days allowing the possibility for swimmers to do both. The organisers are expecting around 250 or more swimmers, including a team from Australia and swimmers from the UK, Canada and the US. Rio-qualified local triathlete Jason Wilson has also confirmed he will race in both events.
For those who prefer to enjoy the luxury of Carlisle Bay’s water at a more leisurely pace the 1.5k event can be swum “Just for Fun”, with proceeds going to charity (Variety: The Children’s Charity – under the slogan “You Swim… They Win!”)
As for 2014 a range of generous prizes are on offer including luxury hotel stays, airline tickets and dining vouchers.
In addition, the festival features kayak and stand up paddle boarding relay races, beach barbecues and music.
Entries close 4 November 2015.
Find out more: http://www.swimbarbadosvacations.com
See also: Alex Meyer cruises to victory in Barbados

Turn your average beach holiday into an outdoor swimming adventure