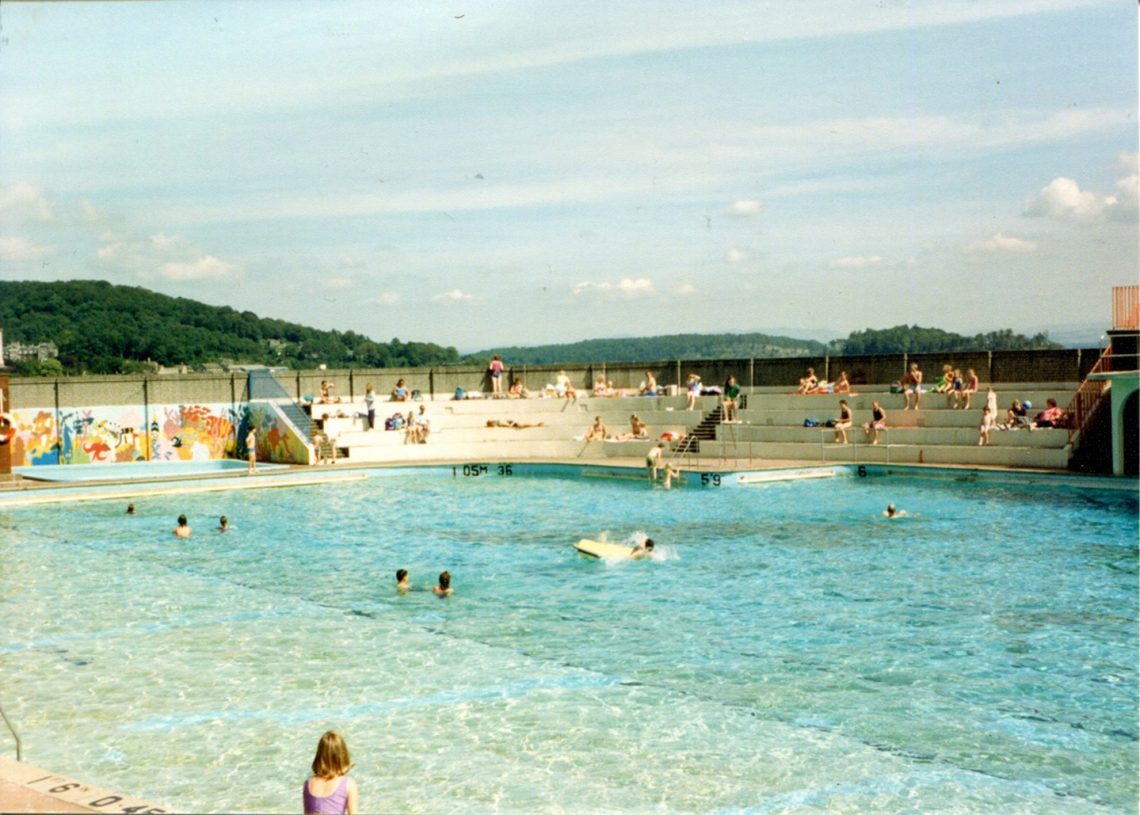 “Grange Lido is a genuine treasure,” says Sir Tim. “Far from being the ruins of something whose purpose is no longer relevant, whose fate on restoration would be to become a museum piece, here is the embodiment of an idea whose time is coming again.”

A recent visit to the derelict site organised by Save Grange Lido campaigners, saw officials from the Eden Project North explore the old pool and discuss plans for redevelopment. Save Grange Lido (SGL) are working with the site’s owners South Lakeland District Council on plans to restore the outdoor pool which opened in 1932 and closed in 1993.

“It’s wonderful that Sir Tim sees the vast benefits of our vision for a restored Lido on the promenade in Grange,” says Janet Carter, Chair of SGL. “We are keen to collaborate with Eden Project North to transform Morecambe Bay for locals and visitors alike.”

SGL formed in 2011. The group started as a Facebook page and in January 2019 formed a Community Benefit Society. They plan to raise funds for the renovation of the grade II listed pool and operate the facility without the need for council subsidy.

“We lift our hat to the wonderful volunteers who have given so much to keep the dream of its return alive,” says Sir Tim. “Now is the time for the rest of us to step up and help bring this gorgeous beacon of health and civic pride, back to new – and desperately needed – life.”

SGL recently launched the Friends of Grange Lido scheme to support the project. Members will get exclusive news of progress and events. Sign up HERE