Anyone who has been through the British swimming club system will be familiar with the Amateur Swimming Association (ASA), the sport’s national governing body. The majority of competitive swimming clubs in Britain are affiliated to the ASA and all members of affiliated clubs must also become members of the ASA. Pool-based galas for both youth and adult swimmers are run under ASA rules and you must be an ASA member to take part.
Open water is a little different as most events in the UK are not run under ASA regulations, which means entry is open to anyone. However, the ASA does organise several regional events and a national open water competition each year. The 2015 edition of the latter was held last weekend at Rother Valley, near Sheffield. I decided to take part.
The ASA runs its events under the rules devised by FINA (swimming’s international governing body). These are the same rules under which elite swimmers compete at open water world cup, world championship and Olympic events – the ASA events are therefore a rare opportunity for recreational swimmers to race under these rules.
Primarily this means that wetsuits cannot be worn. However, unlike Channel swimming or events run by the British Long Distance Swimming Association, you can wear two hats and a costume that extends to the ankles. Both men and women can wear the ‘long-john’ style costumes seen at elite races. You also get to start with a dive (but you can start in the water if you like) and you have an in-water finish.
In brief, this is the closest you can get to racing as an elite swimmer without having to be an elite swimmer. The major differences (and things I hope the ASA will look at in future) are that (1) electronic timing isn’t used and (2) the distance is only 3km, not the 5km or 10km the elites get to race in World Championships. However, 3km is the open water distance at World Championship level for masters swimmers (i.e. those of us over 25 years old).
For the hyper-competitive the Nationals are a great opportunity to race against other like-minded and similarly paced swimmers. These are the guys and gals who usually finish several minutes ahead at regular races and often find themselves swimming in front and alone. Several of these swimmers were delighted that they had a chance to engage in some tactical head-to-head racing for a change. For those of us who aren’t so fast it was fun to catch a high speed draft for at least part of the race. The winners in each age group get to call themselves National Champion.
That said, there is no requirement to be a sub-elite swimmer to take part. Finish times in the men’s 3k event ranged from less than 40 minutes to more than 1hr15 – and the cut-off time is 1.5 hours after the first swimmer has finished. The age range was from 20 to 81 (congratulations to Keith Godbehere, born in 1934, who completed both the 1.5 and 3k swims to become a double national champion).
As for the venue, the lake at Rother Valley is pleasant enough to swim in. The water temperature was a shade under 19 degrees and the quality was good. There were a few patches of loose weed to swim through and it got a bit choppy when the wind picked up. The course was well marked and easy to navigate. Only one swimmer didn’t complete. Cassandra Patten provided commentary from the referee’s boat throughout the day and concluded that women do a much better job than men at sighting and swimming in a straight line.
Overall it was a good day at the races and it was great to catch up with a few familiar faces. Definitely worth looking at for next year – and don’t worry if you’re not a member of the ASA as temporary membership is available for the event.
And me? I have the misfortune to be in the same age-group as Dan Bullock from Swim for Tri who was fourth swimmer home overall in 41:03.4 winning our category by seven seconds over Kyran Parker from East Leeds Swimming Club. I picked up the bronze medal in 42:43.5 (a time that would have put me second in some of the younger age groups!). 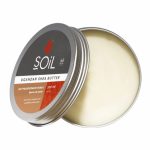 New lido to open in Oxfordshire