On 3 July, Adam Warner (24) travelled to Hamburg in Germany to take part in the German open water championships. He was first invited to this event by multiple world champion Thomas Lurz and has since returned several times to gain top-level racing experience over 5 and 10k distances as there are limited options for this in the UK. He is a self-supported swimmer and part of Torq’s elite open water swim team.

Day 1
Day 1 consisted of travel, which was an experience in itself as I was in a city I had never been in before. After arriving at my hotel I double checked I had all my swim gear (and Torq nutrition products!) and then went to check the swim venue.
The lake was packed with spectators and many swimmers in the water. Before trying out the course, I had to sign myself into the race and also had to collect my swimming hat and timing chips. This process was all very easy and then I was able to test the course out. I felt good in the water. The course didn’t seem too challenging and the marker buoys were very clear to see. Doing a few laps gave me confidence for the next day.
Day 2
Today was 5km swim, which is my strongest event. I went to breakfast in the hotel and couldn’t believe the selection of food. I was very happy as I could have my usual pre race meal. My race was in the early evening, around 6pm local time, so I had to keep my self occupied throughout the day.
Race time finally arrived. I packed all my Torq gels, bars and drinks, my Swans goggles and, of course, my swimming costume. By the time I arrived at the venue many spectators and competitors were already there. The first thing I had to do was to go and get numbered up and show my costume, to check it is all legal.
Following the briefing it was time to race. I could see the variety of international athletes from GB, Germany, Holland and others. The starter told all swimmers to enter the water. It was chaos! The siren went off and it was everyman for himself, fighting each other to get to the front. I managed to get myself within the pack and unfortunately lots of scratching and kicking was taking place. It got to about half way in the race and I was still feeling good and strong when suddenly the stronger swimmers changed gears and pushed for it. Unfortunately I was unable to maintain their pace and had to continue my current pace, whilst fighting off other swimmers.
In the end I managed to finish third in my age group. I was so pleased to win an international bronze medal, as it is a huge achievement for me. I have trained really hard for this race, and felt I got a good result out of it. It was really tough with all the scratching and punching, but that is the sport of open water swimming. Onwards and upwards!
Day 3
A much needed rest day. Not much happened, just lots of stretching, sleeping and resting.
Day 4
This was the day of the big 10k. I was a bit nervous, as it was my first one of the season and also for two years. I arrived at the venue feeling strong and not too tired from the 5k. I put my costume on and got my gels ready when a German coach asked me if I had a feeder for the race. I said no, which was good news for me. He offered to help me out instead of feeding myself. This made me less nervous as I new I had someone there to help me.
It came to the race start, the starter told everyone to get into the water and the siren went off. I had a really good start and managed to stay with the pack. The pace felt so much faster than my previous race, but I was prepared to work with it.
At the end of the first lap and I spotted some competitors feeding. I thought this was a good opportunity to get myself up to the front and it paid off – for a couple laps. Unfortunately (for me) at 5k the pace picked up again. This time I was unable to keep up with the main field and gaps started to be created between swimmers.
I ended up coming 19th overall, which wasn’t the best position. However to complete the race was the main objective and then to see how fast I could go. Overall I was very happy with how I did in the 10k and gained lots of experience and ideas of tactics to use in the future.
I had a great weekend in Germany and was so pleased to come away with one medal. Now I have to prepare for my next races which are a 5k in Norwich, 3k in Surrey and a 3k at the British National open water championships 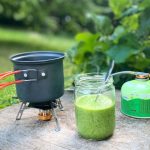