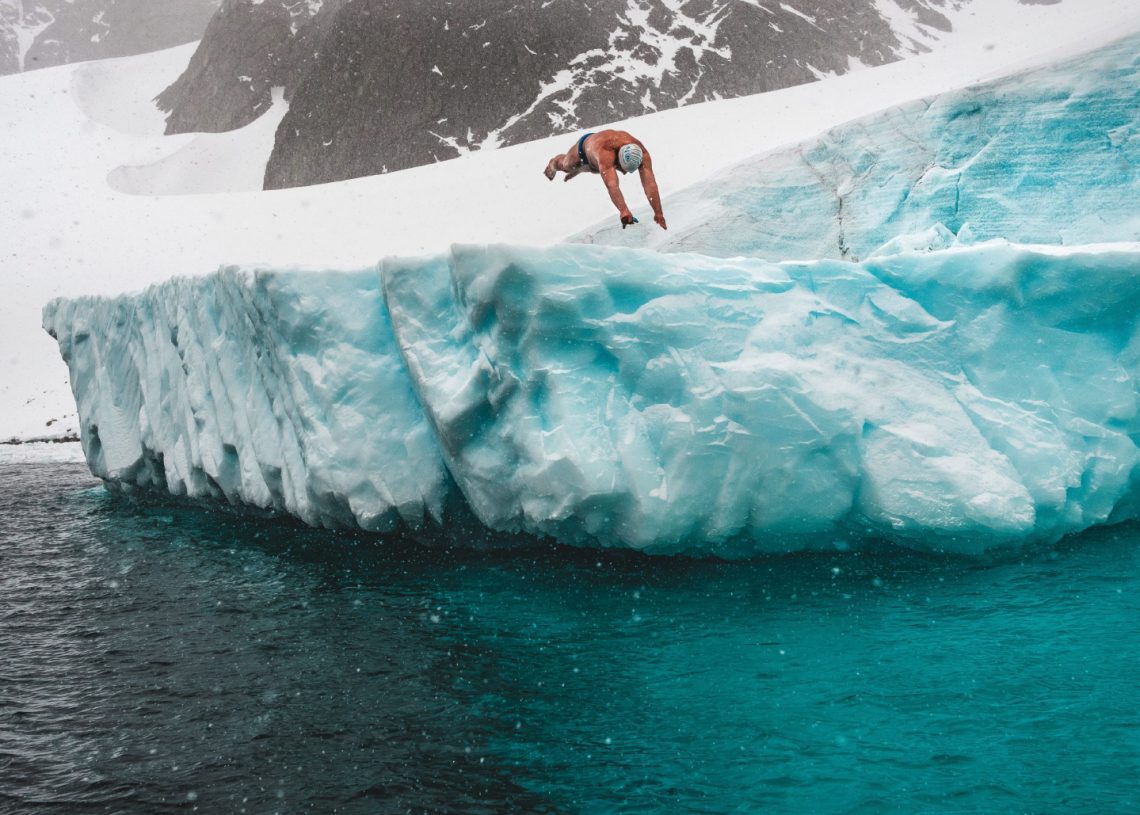 Endurance swimmer and UN Patron of the Oceans, Lewis Pugh talks about a great white encounter, his role as an advocate for our oceans and swimming on Mount Everest on the new ‘Performance People’ podcast.

A veteran endurance swimmer (dubbed the “Sir Edmund Hillary of swimming”), Lewis Pugh is the first person to undertake long distance swims in every ocean in the world. He has swum across a glacial lake on Everest to draw attention to melting glaciers in the Himalayas; swam 1km across the geographic North Pole in minus 1.7°C (29°F) water; and swam the length of the English Channel (from Land’s End to Dover) calling for the UK to protect 30 percent of oceans by 2030.

The motivation behind his endurance swims has always been to highlight the crises facing our oceans, from the climate crisis to overfishing and plastic pollution. He has been appointed UN Patron of the Oceans, the official spokesperson for the world’s oceans, in light of his work.

Lewis’s next challenge is to speak with all nations gathered at the UN Climate Conference (COP27) in Sharm el-Sheikh, Egypt, to implore world leaders to drastically cut their emissions, tackle the Climate Crisis and protect the world’s oceans. And of course, he swam there.

On 26 October, Lewis completed the first ever swim across the Red Sea, a 16-day crossing from Saudi Arabia to Egypt, during which he swam over some of the world’s most precious coral.

With COP27 now underway, Lewis took the opportunity to voice his views on the new ‘Performance People’ podcast. It’s a series hosted by Sir Ben Ainslie, the most decorated sailor in Olympic history, and his presenter and broadcaster wife Georgie Ainslie, who has over two decades experience covering major sporting events as a Sky Sports and BBC Radio 5 host and broadcaster.

Each week, the duo chat to a successful partnership from the worlds of sport, entertainment, politics and business. Guests are invited to bring their own VIP; a spouse, sibling, coach or business partner who helped shape, mentor or guide them.

This fourth voice encourages guests to share their thoughts honestly, and brings balance and new perspectives to the conversation. In this episode, Lewis appears alongside his friend, the performance mind coach David Becker, who has helped him on every one of his ocean adventures. The duo discuss their mission to preserve our oceans, alongside their most hair-raising and life-threatening career moments.

In the podcast, Lewis talks about his swim in a glacial lake on Mount Everest, and how he needed to take a different approach to swimming at altitude.

“The thing about Mount Everest, obviously, is it’s a very high mountain [meaning] it’s very difficult to breathe. And so we tried to swim the way we had always swam, which is a fast, aggressive crawl to generate that heat. That was disastrous on Mount Everest. I thought I was going to drown, I could just barely breathe. So we changed the tactics completely. And so instead of swimming fast, I swam as slowly as I could. It sounds counterintuitive, but it’s the only way you can swim to preserve your oxygen.”

“The leader of the expedition said to me, ‘Lewis’, he pointed up to Everest, he said, ‘You can’t bully Mount Everest’. And so he said, ‘I want you to swim with real humility’. And that really worked. So I swam breaststroke very, very slowly across this lake.”

The motivation behind this particular swim was to highlight the fact that glaciers in the Himalayas are melting. “These glaciers provide constant water supply to India, China, Pakistan, Bangladesh – some of the most popular and important countries in the world,” Lewis said. “Without water there’s nothing which you can do. These areas sadly are a cocktail for conflict unless we really get a grip on the climate crisis now.”

The psychology of Arctic swimming

Lewis also reveals how he used Neuro Associative Conditioning when swimming across the geographic North Pole, in an attempt to increase his body temperature.

“We knew instinctively that doing something as dangerous as [swimming in the Arctic Ocean], you needed to prepare mentally, extremely well,” said coach David Becker.

“[It’s] based on the work of Pavlov. You’ll remember that Pavlov used to bring meat to his dogs and then cause them to salivate. He would ring a bell at the same time. He would do this over and over and over again. And the ringing of the bell soon enough induced the state of salvation. That was a trigger.”

“And I knew that in order for Lewis to swim at the North Pole, he had to be in a highly enhanced state, a peak state if you like. So through a process of Neuro Associative Conditioning, we installed a number of triggers, which when fired off, would change Lewis’s physiology. And we found that you could actually raise his core body temperature before he even got into the water.”

Another aspect of David’s work was to build on Lewis’s sense of purpose. “It’s often said that someone with a strong enough ‘why’, can put up with any ‘how’,” said David. “And Lewis has this emotional juice, this drive, which comes a lot from his youth. Harnessing or tapping into that was a very powerful force. When you’re standing on the edge of the ice at the North Pole, looking into the black, black water. In freezing conditions. You’ve got to have a very strong sense of purpose, a very strong ‘why’.”

“It was very very frightening standing there on the ice,” said Lewis. “I realised THIS was what I was meant to do with my life. This place is incredibly special and it’s melting so quickly – there are now large open patches of sea at the North Pole, and if you can swim here, this will get the message to world leaders, because you shouldn’t be able to swim here.”

It’s these kinds of messages that Lewis aims to share with world leaders through his role as UN Patron of the Oceans. “Glaciers are moving faster than our world leaders,” he said, commenting on the lack of political action on protecting our oceans.

“And my message to those world leaders is yes, but the defining issue of our generation will be the health of our planet. We’re the first generation that can do something properly about limiting the climate crisis, but we are also the last.”

‘The Speedo diplomat with Lewis Pugh + David Becker’, an episode of Performance People, is available on all major podcast platforms, including Apple Podcasts, Spotify, Amazon Music and YouTube. 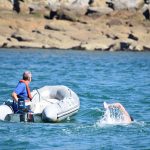 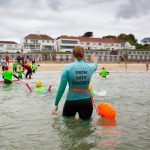