Apologies if you think I’ve possibly lured you here using the exaggerated headline trick. I don’t have a magical solution for clearing out a swimming lane but I do have a few suggestions that might help give you a bit more space, or at least make your next pool swim a little more enjoyable.
There’s not much that gets swimmers riled like lane etiquette (or lack thereof) and I’ve noticed an upsurge recently in social media discussion around the subject of lane sharing during public sessions. It is, I suppose, that time of year when people return to the pool after a summer spent swimming outside. Lane rage posts always generate a lot of heated discussion and blame shifting. It is, naturally, never the writer’s fault. Lane problems are always caused by the stupidity and selfishness of the other people in the pool. It would all be fine if the offenders simply followed the writer’s instructions on pool etiquette. What part of ‘keep out of my way’ don’t they understand?
We then hear about people trying to clear a lane by swimming butterfly, making excessive splash, doing tumble turns as close as possible to people hanging around at the end of the pool or using aggressive language.
And yes, you might intimidate a few people out of the lane by doing this but the cost is high. You generate resentment and complaints or your targets may respond to aggression in kind, making the situation worse by slowing you down further and being deliberately obstructive. In any case, being aggressive will likely cause you tension, which could ruin your swim even if you do get a bit more space. A hollow victory indeed.
So, what do we propose instead?
Firstly, recognise that trying to get other people to change through force and aggression is usually unproductive – and it’s always unpleasant. Think instead of the parable of the sun and the wind and their competition to get a man to remove his coat.
Secondly, accept that every swim is equally important and every swimmer has equal rights to the water, regardless of speed, age or potential. A fast swimmer doesn’t have any superior claim to lane space than a slower one nor does a Channel swimmer have priority over someone learning to swim.
That said, you still want to do the session you had planned and swim with minimal conflict or tension with anyone else in the pool. That might involve encouraging other users to move to a more speed-appropriate part of the pool or to adapt the way they swim to facilitate the smooth functioning of the lane.
Here are some suggestions on how to do it with warmth and charm rather than an icy blast.

If you’ve got more suggestions, we’d love to hear them. 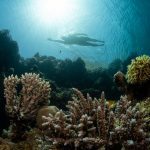