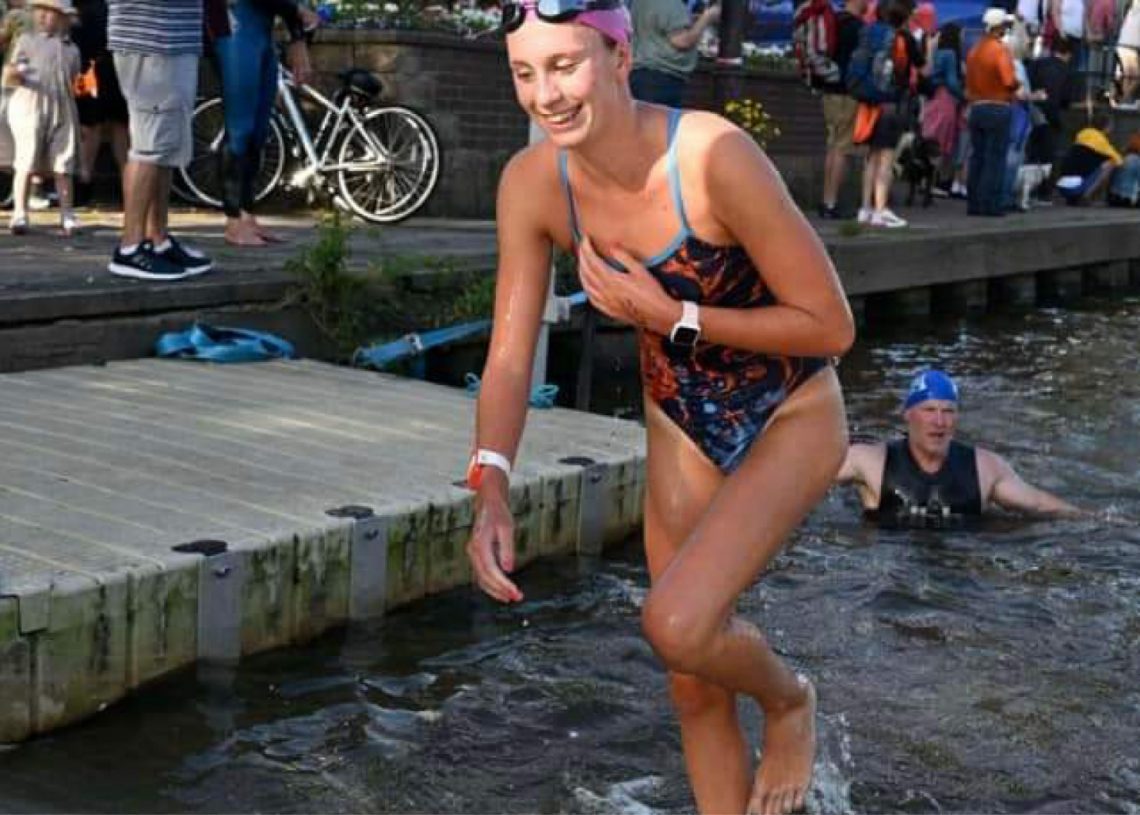 The Dee Mile is one of the oldest river races in the UK. In fact, this year’s event – which took place on Saturday 6 August – marks its centenary. The first race was held in 1922, meaning the race is 100 years old this year.

Described by organisers, Chester Triathlon Club, as “a classical race of the modern era,” the event has its quirks. Swimmers set off from Red House pub – which is actually white – and the distance is a mile and a quarter rather than an exact mile.

Participants swim downstream around the Crook of the Dee and finish at the suspension bridge. As it’s all downstream, the course times vary considerably depending on the seasonal flow. One year, the men’s winning time was 19 minutes, 48 seconds; another year it was 33 minutes, 25 seconds. Water temperatures range between 14ºC-16ºC, although considerably warmer this year.

The race retains its ancient ‘Dee Mile Champion’ title for the fastest swimmer, who must also live within five miles of ‘The Cross’ (in the centre of Chester) and swim without a wetsuit. Further recognition is also made for the ‘fastest all-comer’ (everyone else who doesn’t wear a wetsuit) and the fastest wetsuit wearer.

Women only became eligible to race in the Dee Mile in 1969 – and only the full distance since 1993. So the fact that 16-year-old Eliza Radclyffe has won this year’s ‘fastest all-comer’ title (non-wetsuit, living further than five miles from The Cross) feels especially remarkable.

More than 300 swimmers took part in this year’s event, with hundreds of supporters lining the banks of the river. Conditions were glorious, Eliza tells us. “It was sunny, and there was no current assistance. The water temperature was 19 degrees”.

Although the water was particularly balmy this year, Eliza says acclimatising in skins was one of her main challenges. “I’d been warm weather training in Mallorca just before the event,” she says. “Also, being a pool swimmer I don’t get in open water as much as I would like to.”

She trained for 14 hours per week in the pool before swimming the Dee Mile. “I am a competitive swimmer with City of Liverpool Swimming Club, but I also train with Mersey Tri for running and open water,” she says.

How did it feel to win the ‘fastest all-comer’ title? “I was chuffed, especially when I heard I was the first female ever to win the skins race. I was neck and neck with a man throughout the race then just put my head down at the end. Last year I did the event but was only 15 so had to wear a wetsuit, I much prefer skins.”

Find out more about the Dee Mile on the Chester Triathlon Club website. Find your next open water swim via our events page and make sure you have all the right kit at the Outdoor Swimmer Shop. 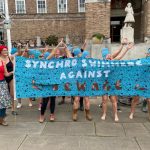