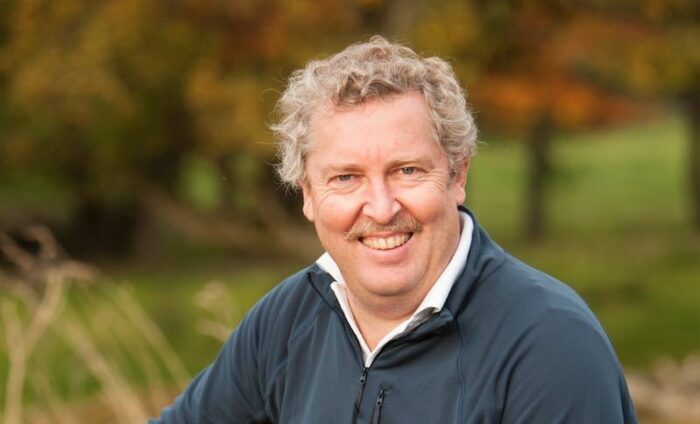 We were swimming in Windermere from Fell Foot Park. I swam the first half mile or so at a great pace without stopping for a breather (as I may normally have done) because I felt really good, everything was right about the swim and it is difficult to beat that feeling. Little did I know things were about to go horribly wrong.

I’d set off without my tow float as I had forgotten the waist strap. Someone offered to tie it to my wet suit zipper strap but I decided against it. Too much trouble.

I stopped after half a mile to see where the others were – there were 15 of us and we had all swum together many times before. I was well out in front so I decided to continue to our normal stopping place at the end of the first leg of our regular swim but when I started swimming again I just had no power. I felt breathless in an odd sort of way and had a very mild ache across my chest, which I immediately put down to indigestion.

After continuing to swim very slowly I decided to tread water and wait for the others. I chatted for five minutes and decided to head back down the lake following the shoreline rather than continue. I mentioned this to a couple of people and we set off in opposite directions. I was expecting to have recovered sufficiently to make it back to our changing area easily but very quickly discovered that I didn’t even have enough energy to swim more than a few strokes. The feeling that this was probably serious started to well up inside me and I made sure I could stand up for regular breaks.

This went on for about 10 minutes until I spotted a good place to get out so that if things did get worse I would be on dry land, albeit alone and not where the others thought I would be. I walked through a couple of fields and managed to climb a wall and a fence then skirt around the back of the buildings to find my gear and get changed. I had the same dull ache in my chest, it never altered in intensity and could not have been described as a pain, certainly nothing that would have required a pain killer. I felt breathless but not the same as after exercise or an allergic reaction to grass or dust as in asthma and managed to convince myself and the others that I had indigestion and a bit of over-exertion. One of the swimmers persuaded me to go for a coffee, we had a cake and I felt rather better. Refusing to let them drive me home I then set off to drive about 35 miles, keeping off the motorway as I was not sure what was going on inside my chest. Once home, I rang the doctor and called in. Within less than 10 minutes I was in the back of the ambulance.

I had suffered a suspected heart attack and this was quickly confirmed by the initial blood test in A&E and also by ECG. I was in hospital for five days and had both an ecocardiogram and angiogram that showed the problem area to be at a fork in a coronary artery that was impossible to fix by using a stent. Luckily, the consultant is confident that the medication will sort this out and I will be fine.

It may not sound so dramatic now, but I suspect I may be very lucky to be alive. I’m 56 years old and fairly fit. Heart attack wasn’t on my radar but possibly should have been. I’m hoping by sharing this I can raise awareness of the danger and help someone else avoid the same fate or worse.

If you’d like to find out more, bhf.org.uk is a great resource