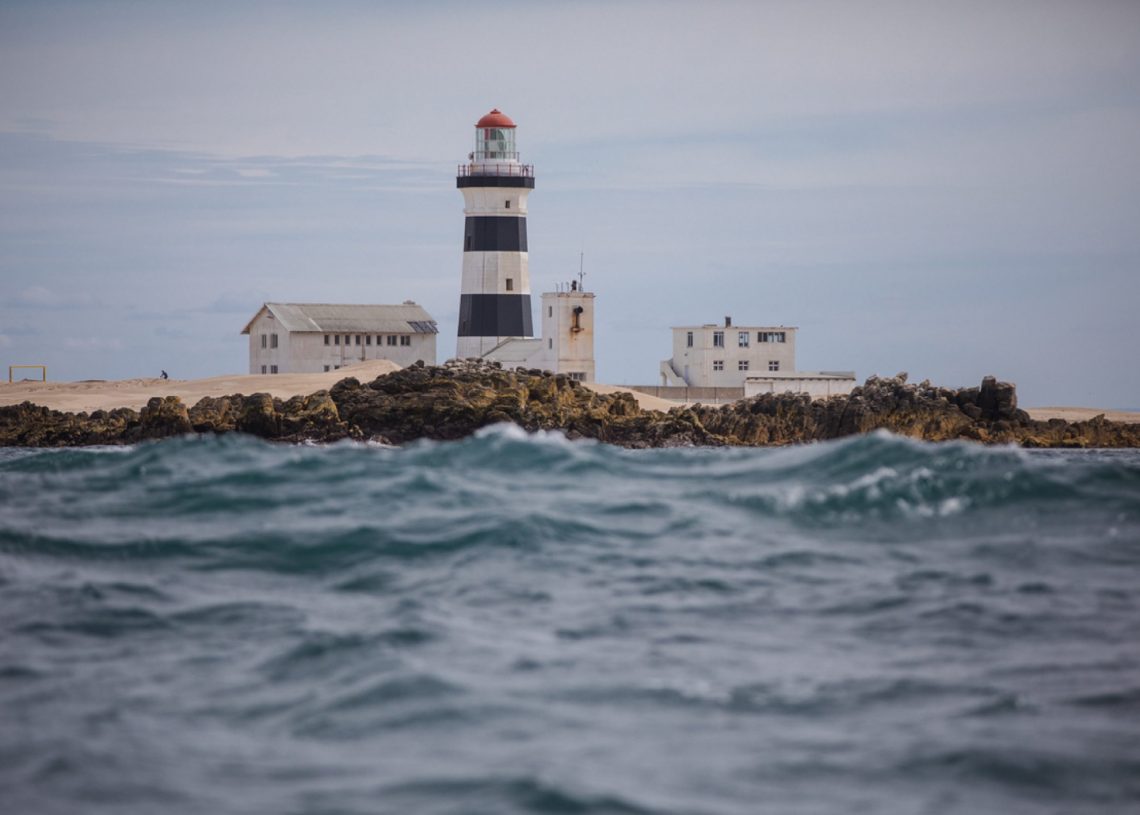 At the southern entrance to Nelson Mandela Bay, Cape Recife Lighthouse guards one of the most dangerous points along South Africa’s coast. Only 10 men have ever swum around the point – until now. Marguerite Smit rounds up a crew of four intrepid women for a swim on the wild side.

At the southeastern most point of our bay, there stands an octagonal brick tower painted with black and white horizontal bands. A continuous white light from Cape Recife Lighthouse, intensified by three long white flashes, highlights the dangerous Thunderbolt Reef to the south-southeast.

This lighthouse, South Africa’s third oldest, guards one of the most dangerous points along the South African coast at the southern entrance to Nelson Mandela Bay, in the Cape Recife Nature Reserve. Now doesn’t this sound like the perfect place for a swim?

In the history of open water swimming, only 10 brave men have ever conquered the swim around the lighthouse. Wait, what? Hit rewind: 10 brave men. No women, not even one?!

Well, this is where the story begins. One sunny morning after a routine morning swim and a cuppa joe, it was decided. The shepherds of the sea – swimming legends PJ Duffy and Kevin Richards – would oversee the safety plan. I would find boat support along with a few other keen swimmers to keep me company. We checked conditions and set the date for Tuesday 6 December, 2022.

I had been out of the water for about five months and had just started swimming again; I knew I had to get my fitness up and took every opportunity to hit the water. It was time for me to put my feelers out and round up a special breed of ocean lover. Swimmers that could conquer their fear of the deep sea for a swim on the wild side.

‘Find your lane, swim your race’

Michelle Barnett, Billie McNaughton and Kate Gerrard raised their hands to join me on this epic adventure, making it a total of four female swimmers. Andre van Rooyen, Marius Stander, Ralph West, Gavin Biggs, Steve de Beer and PJ Duffy agreed to dive in, showing support on this maiden voyage of girls around the point.

Kevin Richards and Lyle Blom were our safety paddlers and Mark Dawson and Mawaxole Nkumanda (Mawa) from NSRI station 6, on one support boat. While Dirk Erasmus, Ashley Du Plessis and Kim Charlton kept eyes on swimmers from the second boat.

Open water swimming has a way of resetting your mind and re-grounding your body in nature. You are faced with your thoughts throughout the swim, the bubbles forming a therapeutic rhythm with your breath. It’s meditative, it is healing, and it is solitary.

You enter the water with your buddy(s), swimming side by side, breathing rhythmically but you are simultaneously in a solitary space. You must face your fears, still the voices in your head and swim with confidence: ‘find your lane, swim your race’.

With the natural backdrop of the open ocean, the rise and fall in temperature and tide, changes in visibility and swell – what can be energizing and invigorating for some, can be overwhelming and scary for others. Open water swimmers are indeed a special breed of people.

Everyone had a Great white shark tale

In preparation for the swim, every person that had been fishing, surfing or diving, or perhaps flew over the area by helicopter, felt the need to share their Great White shark stories. I listened intently and put them all at ease. It is the ocean and yes sharks live there; we swim with them in their waters daily.

In fact, the most dangerous part of our morning swim, remains crossing the road to get to the water. That being said, when our group of 10 swimmers met in the Cape Recife parking lot on Tuesday morning, it’s fair to say we all had some level of anxiety for the swim.

We greeted, stretched, gathered for words of wisdom and suited up; we donned our City Paint and Tool sponsored Cape Recife Lighthouse swim caps. What a way to end the year; endless summers are made of these tales.

We marched down onto the beach in solidarity; we were 10 open water swimmers with a common goal. The unknown is scary, but it is important to remember that courage comes from looking fear in the eye; far too often fear lives in the solitude of your mind.

We hit the water. The ocean was warm and clear; the visibility was amazing. We gathered behind the breakers and PJ took the lead. We were off. A bit of swell, a slight wind and the current was pushing. We were flying.

It reminded me of my 9-year-old, Noah shouting out “water is a portal to a dimension where you can fly, but not breathe.” But this was better; with every breath to the left, it would open a postcard view just above the water’s edge: Cape Recife Lighthouse in full view.

Below you the ocean was alive, colours dancing in magnificent display. A big octopus swam by. Steve swam by my side, the swell would make Marius and Gavin appear and disappear. Michelle was with us for a while and then regrouped with Billie and Kate. Ralph and Andre were in the lead.

NSRI would swoop in and out, all eyes on the swimmers. We would gather in sporadic intervals as one of us would spontaneously stop and shout: “How awesome is this?!” or “Just take a moment”. PJ, being a much stronger swimmer, took time and swam with each of the nine swimmers, making sure everyone was comfortable and appreciating the magic. He was committed to the safety plan and did a phenomenal job.

I am so grateful that I had the privilege of going on this adventure with experienced swimmers. PJ is a stand-up guy and the swimming community will sorely miss him as he departs for Australia.

Swimming around the point

As we swam around the point, guided by Kevin, we could start catching waves to a rocky shoreline. It was heartwarming to see family, friends and fellow swimmers gather with warm smiles, tea, snacks and many congratulations.

We live in a remarkable place; we have access to the most amazing stretch of coastline. The ocean is also a place of healing. The salty water cleanses your soul; your rhythmic breath centres you; the wild ocean calms you.

The swim around the Cape Recife Lighthouse is a proper swim; you know you are alive. The open water swimming community will embrace this route – with options ranging from 5km-14km along this diverse coastline. Billie, Michelle, Kate and I, however, can boast that we were the first bad-ass-four, along with the other bad-ass-bandits. The rocky promontory is also now home to a luxurious villa. Now imagine sleeping in the lighthouse and then swimming around it the next day!

How to enter open water safely 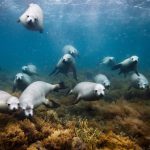 Can I train for a long distance swim outdoors in winter?