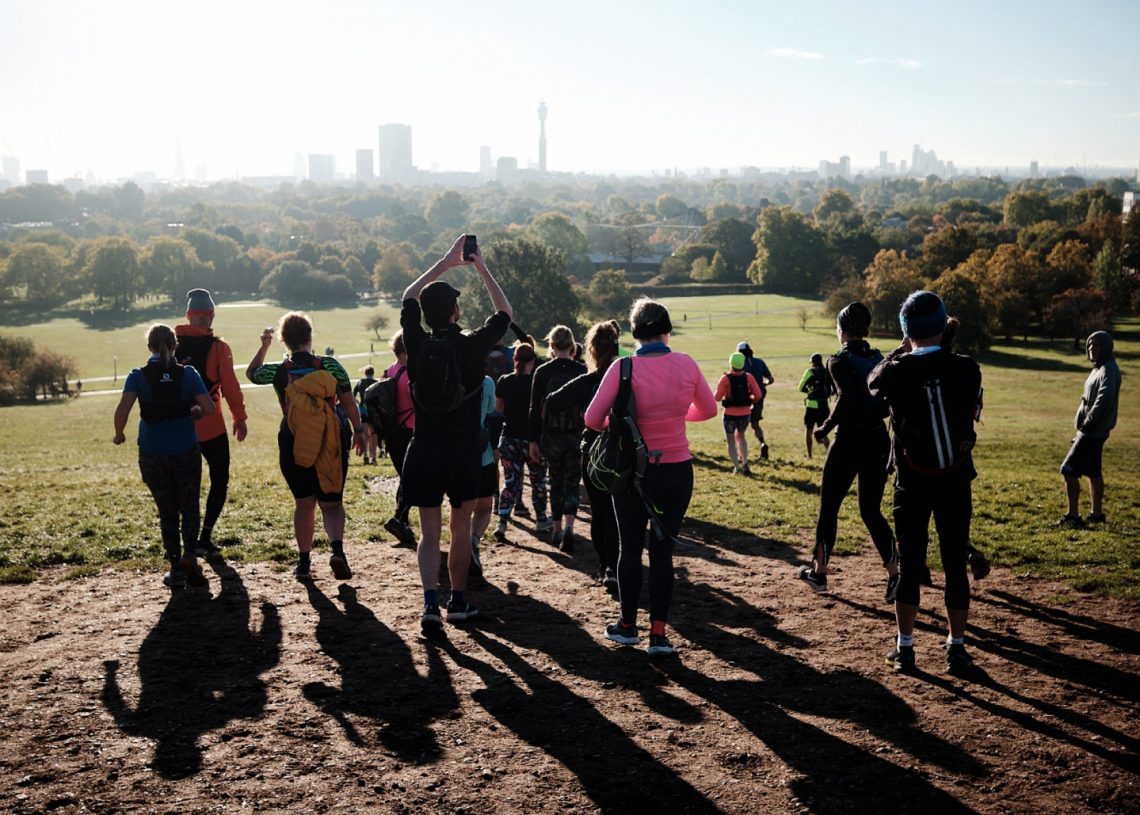 The Swimmer is an informal swim-run from north to south London, taking in the capital’s best parks, pools and ponds along the way. We spoke to The Swimmer’s host Will Watt, who explains how this winter urban adventure has become an institution for London’s swimmers.

The Swimmer as an informal swim-run from north to south London, taking in the capital’s best parks, pools and ponds along the way.

We spoke to the The Swimmer’s host Will Watt, who is also co-founder of Above Below, creators of the RuckRaft. Will tells us about The Swimmer’s thrilling swimming tour of London, and how the monthly event has spawned a variety of adventures in Britain’s wild places.

Will, please tell us more about the short story that inspired The Swimmer.

Myself and Jonny Cowie (Outdoor Swimmer Contributing Editor) met while swimming at Tooting. Tooting Lido is a fantastic club and they do a ‘Lido Crawl’ from South London Tooting to Hampstead in North London. This was in November, and all cold swims and the travel in-between was often on bikes or in shared cars.

We did it on bikes and realised that the way home was mostly downhill and so would make a lovely run. We tried it. We ran and swam home to south London and it reminded me of the protagonist in The Swimmer, John Cheever’s short story and 1968 film with Burt Lancaster. It’s a story about a man who swims home through the pools of his neighbours. It’s quite dark but also an amazing film.

So that’s how the UK’s first swim-run event was born – we just hadn’t heard of swim-runs at that point.

How did this evolve into the event we see today?

At first it was a few mates. It was all for free, you just had to sign up. It got popular, there was a waiting list, friends told friends. It grew organically with the help of all the pools and places on the route. Everyone loved the idea and were happy to help us make it possible.

The people at the pools saw us, asked what was going on and gradually we had people from Hampstead, Serpentine and South London all joining in. It connected everyone.

Then it was written up in The Guardian by our now great friend Richard. And from then to now it’s just become a ‘must do’ swim-run in London. We’ve since had people from Antwerp, Rio, New York come to do it too. It’s a superb way to see the city of London.

Which pools and lidos does The Swimmer visit?

We start at Hampstead at 7am and meander south, with a swim at each of the swimming spots on route – Hampstead Ponds, Parliament Hill Lido, The Serpentine and ending at Brockwell Lido.

Why do events take place in the autumn and winter?

There’s something special about doing The Swimmer in the colder months. The cold swims and the runs in-between are a bracing and joyful mix.

Whether it’s someone’s first time taking part or their 10th, I think the majority wake up asking themselves ‘Why am I doing this?’ It’s early, it’s dark, it’s cold, often there’s rain or frost. But by the end of it, you leave with a sense of achievement. You get that buzz you get from cold water swimming and meeting great people with the same bonkers idea of what fun looks like.

Why do you think this event is important to those taking part?

Lots of people say that the monthly swimmer helps them get through the winter. Something a bit joyful, adventurous, silly and special to look forward to.

But it’s mainly the people you meet. Anyone willing to get up at 6am to run and swim through a freezing set of pools is London has a bit of character. And the people you meet are a massive part of it. It has grown great friendships, marriages and a lovely community. For many people it’s been genuinely life changing.

What makes The Swimmer different from other swimming events?

The atmosphere and the people make it and we believe that’s because it’s not a race. No one is left behind, you meet fantastic people from all walks of life, and there’s a real sense of community and camaraderie throughout.

We often have a few who are worried about the swims or the distance but those fears are soon put to bed once people start chatting to each other. There’s no ego or judgement, just warm company, all taking on something a bit different that you can tell your mates about in the pub later. You leave feeling like you’ve done something that not many people have done before or will do.

We say that you do and see more in a morning than many do in a month. And it’s true.

The main joy is just the look on people’s faces and the sense of achievement they have. And they always tell their friends, so it continues to grow.

What happens at the end – do people gather for a celebratory breakfast?

There’s always food, coffee and often beers at the end. We’ve had pool parties and screenings of the film The Swimmer in the pub over the road. We always end on a high note at Brockwell Lido cafe – they have been as much part of The Swimmer as anyone.