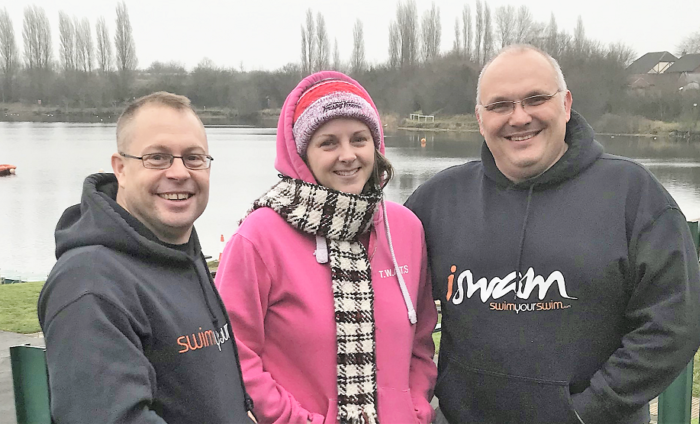 There was a time when an Ice Mile was an unusual thing. Jackie Cobell was the first British person to complete and Ice Mile in 2012, and the first ever recorded Ice Mile was by South African Ram Barkai in 2009. Now, more than 300 are listed on the International Ice Swimming Association’s website, with some swimmers racking up multiple miles, including Barkai who has completed 11.

Leon Fryer and Alistair Beattie, the founders of Swimyourswim say that every winter for the past few years they have seen an increase in the number of people who continue swimming in all seasons. Many of these are content to limit their winter swims to quick dips, but as Amy’s swim shows, there are plenty who want to push their limits.

But despite the increasing numbers of people who successfully complete an Ice Mile, Leon says it’s important to remind people that it is, and always will be, an extreme undertaking that requires careful consideration and dedicated preparation.

“Amy is one of only 93 swimmers that have officially completed an Ice Mile in the UK,” he says. “All of which are swum in accordance with strict rules set by IISA.” These rules include extensive safety provisions.

Swimyourswim have been supervising Ice Miles since 2013 and both Leon and Alistair are experienced Ice Mile swimmers. They’ve had swimmers arriving from around the world to swim with them, including from as far away as New Zealand. Amy is from America working with the American Air Force and has been swimming in the UK through several winters with a Cambridgeshire group known as the T.W.A.T.S.

Other swimmers who have completed Ice Miles with Swimyourswim include Hazel Kilingbeck in 2015, who was the youngest person ever, at the age of 16, to do one, and Jessie Campbell who set an Ice Mile record in 2017 of 26 minutes and 8 seconds.