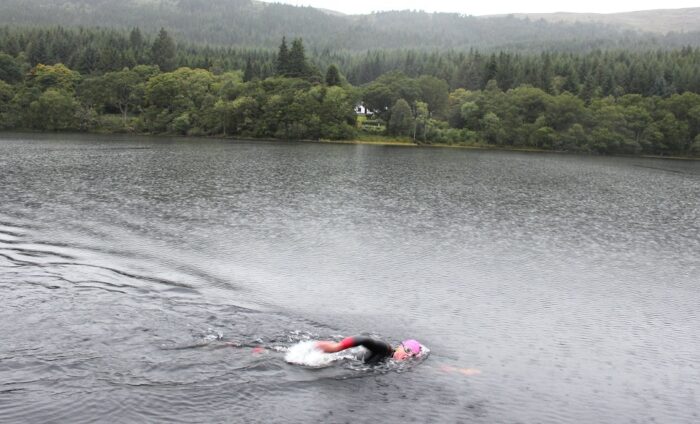 A team of four swimmers has completed a length of Loch Ness as a relay in 14hrs 35minutes as part of a fundraising challenge for Lewy Body Syndrome, a type of Alzheimer’s disease. Starting in darkness at Fort Augustus at five in the morning on 26 August, Stephen Healey, Mark Dale, Paul Hutchinson and John Short swam one hour shifts until they reached Loch End. The swim was supported by iPowerboats and has raised more than £800.

John Short, one of the team, says: “The weather was generally good throughout apart from a few choppy periods about half way up the loch. The experience was truly amazing. Whilst in the water it was reassuring to see the support boat by your side, we all agreed it was a strange feeling to have 260 metres of water below you virtually all the way from beginning to end. We swam the last mile together and were greeted by Simon Tullock who lost his father to Lewy Body Syndrome earlier this year and works with three of our team members.

“Our only disappointment was that there was absolutely no sign of Nessie.”

Find out more and support the team at: https://www.justgiving.com/fundraising/stephen-healey1

Back to Basics – Kick and Pull 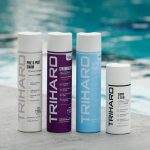