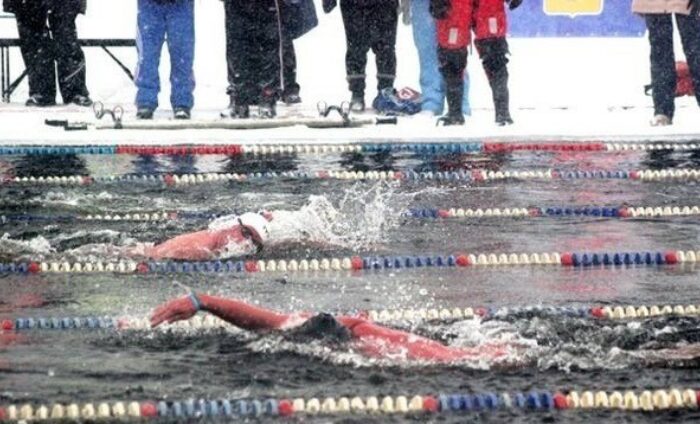 The International Ice Swimming Association (IISA) has announced that its next flagship bi-annual world championship event will be staged in Murmansk, in Russia, from 14 to 17 March 2019. This will be the third running of the world championships since IISA was created in 2009 and the second time it’s taken place in Murmansk, which also hosted the inaugural event in 2015. The 2017 event took place in Burghausen, Germany.

The IISA is probably best known as being the creator and record keeper for the Ice Mile challenge – a mile swum in water of less than 5 degrees in a regular swimming costume. Given the difficulty of completing an Ice Mile, the key world-championship distance is a still-challenging but more manageable 1km. Shorter swims will also be included in the programme as well as a 4x250m country relay challenge. A separate category has also been created for swimmers with a disability.

Ram Barkai, president and founder of the IISA, along with other members of the IISA board and delegates from the city of Murmansk, made the announcement at a press conference in Winchester, UK, on 26 Feb, and then took questions from the audience.

Responding to a question about the possibility of adding Ice Swimming to the Winter Olympics, Barkai said that it’s no secret that he’d love to see it as part of the programme and it’s something he’s long campaigned for. “However,” he added, “in the end, it’s not my decision.” Delegates from FINA and the International Olympic Committee will be invited to Murmansk to view the sport first hand.

Also on the panel was Petar Stoychev, Olympian, former English Channel world record holder and current world record holder for a 1km ice swim (in 12 minutes and 15 seconds). Speaking about what draws him to ice swimming, he said that “sport unites people from around the world, and the more extreme the sport, the closer the friendships that are formed.” He had the following advice for people curious about ice swimming and wondering where to start: “Everything should be step by step. Everybody needs to start slowly with short distances and you need to take your safety very seriously.”

Ice swimming continues to see massive growth in the UK and worldwide with members of the IISA now in 32 countries. Morocco is the most recent country to join the association.

For more information on IISA: www.internationaliceswimming.com 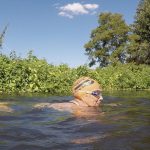 Will you join Eleanor in her swimming challenge?