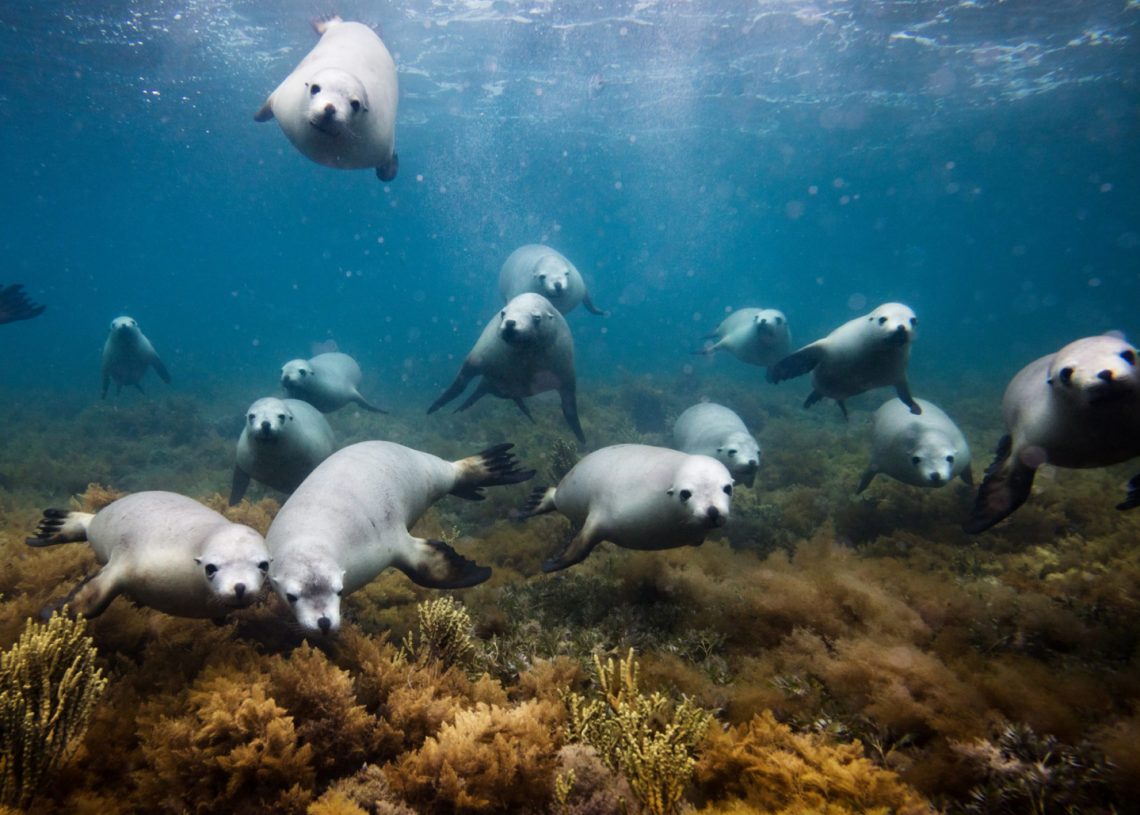 This January, the 2022 Ocean Film Festival will be available as a virtual show. As well as mesmerising ocean-themed films, these virtual events will also feature a live prize draw, plus bonus features such as exclusive adventurer interviews.

A cinematic celebration of the planet’s oceans

The Ocean Film Festival is a cinematic celebration of the planet’s oceans, and this year seven filmmakers tell tales from both above and below the waves. Stories dip into big wave surfing, tiger shark conservation and underwater photography.

A father of three attempts to become the first person to stand-up paddleboard around mainland Britain. An eco-tour operator develops an unlikely relationship with a colony of seals off the remote Eyre Peninsula in South Australia. A painter heads to a remote beach in Alaska in search of marine debris, returning with an entirely different story to the one he was expecting.

The Ocean Film Festival originated in Australia, with the aim of inspiring people to explore, respect and protect the oceans. “We’re so excited to be bringing this brand new collection of captivating films to ocean-loving audiences around the UK,” said tour director Nell Teasdale. “We guarantee you’ll be inspired to have an ocean adventure of your own, too.”

EYRE & SEA | At the remote Eyre Peninsula in South Australia, vast desert spills into the roaring ocean and weather is king. It’s a pristine environment supporting a unique array of wildlife, including the endangered Australian sea lion. Here, in a town with a population of three, lives Alan. In a life shaped around the natural world, an unlikely relationship with a colony of seals has fundamentally changed him.

IF YOU GIVE A BEACH A BOTTLE | Max Romey is a filmmaker and painter who uses a unique blend of watercolours and videography to tell stories. Inspired by a picture book, Max heads to a remote beach in Alaska in search of marine debris – and comes back with an entirely different story to the one he was expecting. (Photos: Max Romey).

CIRCUMNAVIGATE | Father of three Brendon Prince, from South Devon, attempts to become the first person ever to stand-up paddleboard around mainland Britain. It’s a challenge that many have tried, but none have achieved. Circumnavigate joins Brendan on his gruelling journey around Britain’s spectacular and often treacherous coastline, in an attempt to break five world records and raise awareness for water safety education. (Photos: Will Reddaway).

I AM OCEAN | I am Ocean showcases the inspirational story of Australian diver, oceanographer and underwater photographer PT Hirschfield. Her successful 11-year battle with cancer has been fuelled by a passion for scuba diving, a deep connection with the underwater world and a mission to save the persecuted wildlife at her local dive sites. (Photos: Gary Bell, Glenn Smith).

The 2022 Ocean Film Festival virtual films are available to watch for 3-day fixed viewing period windows – choose from 6-9 Jan or 20-23 Jan. Only available to watch in the UK & Ireland. Single viewing passes £10; you can also buy gift cards. Keep up to date with upcoming events by signing up to the Outdoor Swimmer newsletter.

In a class of their own