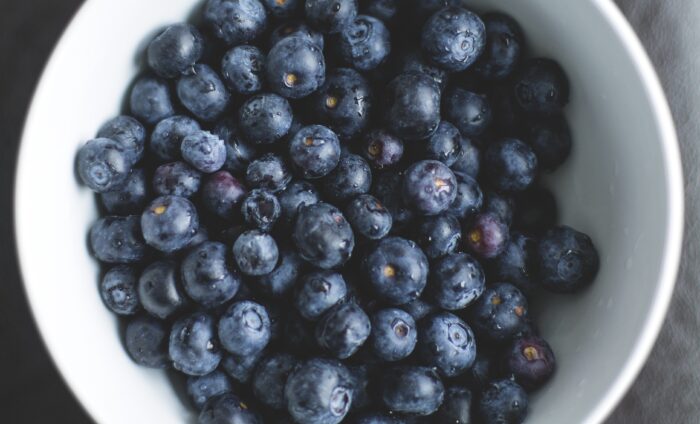 Cold water, science and nutrition: Ross Edgley, co-founder of The Protein Works, looks at what science says about exercising in cold environments, and what the nutrition implications of that might be.

According to the American Dietetic Association Complete Food and Nutrition Guide, prolonged exposure to the cold has been shown to dramatically increase your caloric burn rate. To help quantify just how much researchers from the Department of Applied Physiology and Kinesiology at the University of Florida set out to examine the effect cold water temperature had on post-training calorie intake.

Scientists took 11 male subjects and had them perform 45 minutes of exercise on a cycle ergometer machine, all the time submerged under water where the temperature was set at either 33 degrees Celsius or 20 degrees. Following 45 minutes of exercise test subjects were then given free access to a standard assortment of food where the caloric value of each food was known. Energy consumption was measured and the results revealed subjects in the cold temperature test consumed 41 per cent more calories than the neutral, control group.

The researchers suggest this can be attributed to a number of reasons. Perhaps the two most studied are involuntary muscle contractions (shivering) and the way the body actually requires calories and energy to heat and humidify cold air that you breathe. To help you imagine the impact this last one can have on your nutrition, the American Dietetic Association Complete Food and Nutrition Guide states if you were to burn 600 calories while cross-country skiing for an hour in 0-degree F weather, you may use about 23 per cent of those calories to warm the inspired air. Granted this is extreme cold and (with the possible exception of Siberian winter swimmers) a temperature that outdoor swimmers wouldn’t be exposed to, but it highlights how the cold can impact calorie requirements in different ways.

So, how do you compare your nutrition and calorie requirements for outdoor swimming with temperatures of 15 degrees Celsius (e.g. the English Channel) against 29 degrees Celsius (a typical indoor pool)? With difficulty is the answer, but research published in the Medicine and Science in Sports and Exercise journal has created a specific equation than can help.

It starts by saying multiply your body weight (in kg) by 3.5. Then take this number and multiply it by the Metabolic Equivalent Intensity Level (MET) which is a value that represents the calorie burning potential of a specific activity. Walking for instance has a MET of 2.5 whereas no activity whatsoever is given a MET of 1 (also known as your basal metabolic rate). Finally, divide this number by 200. Therefore the equation is as follows: (body weight in kg. x 3.5) x MET/200 = calories burned per minute.

A quick internet search reveals a range of suggested MET values for swimming ranging from 6 to 11, depending on the effort put in. However, although not stated, these levels have most likely been derived for pool swimmers and as we see from the discussion above, cold increases the calorie requirements. The upshot of this is, if you’ve calculated your long-distance swimming calorie requirements based on the equation described above, or based on your experience from training in a heated pool, you may be underestimating your requirements.

For example, say you weigh 70kg and are swimming at a moderate intensity (MET = 8) then you would burn through 588 calories in an hour, but if you drop the temperature by 13 degrees, this could increase by 41%, so an additional 241 calories.

According to the ‘The Complete Guide to Sports Nutrition’ generally speaking athletes should aim to obtain around 60% of their daily calorie intake from carbohydrates. This is because, put simply, carbohydrates are the body’s primary source of fuel. So if your goal is to improve your performance, you absolutely need a sufficient amount.

Secondly, it’s worth noting carbohydrates have four calories per gram. So if you have a really high calorie requirement due to cold water swimming it can be hard to make this up with pasta, potatoes and energy drinks alone.

One option that a number of athletes in other sports are embracing is to consume more medium chain triglycerides, a special fatty acid found in coconut oil which has 8 calories per gram of fat.
In general, fats are absorbed slowly by the body – which is why eating a high-fat meal before a swim is not a good idea – but MCTs are absorbed more quickly than their chemical cousins, long-chain triglycerides, because they’re shorter and more soluble in water. This makes it possible for medium chain triglycerides to pass directly from the intestines into the bloodstream, unlike most fatty acids that must pass from the intestines into the lymphatic system before they can enter the bloodstream. It’s believed this unique quality of medium chain triglycerides is responsible for their performance enhancing properties and why they act more like carbohydrates than a fat, so could be something worth looking into if you spend a lot of time swimming in cold water.

Ross Edgley has a First Class Honours Sports Science Degree from Loughborough University School of Sport and Exercise Science, was a strength and conditioning coach at the English Institute of Sport and worked with many of Britain’s 2008 and 2012 Olympians including Olympic Gold Medallist Jade Jones and world 100m backstroke record holder Gemma Spofforth. Ross was a former British Swimmer and GB Water Polo player. He is the co-founder of innovative sports nutrition company THE PROTEIN WORKS™.

The first open water swim of the year