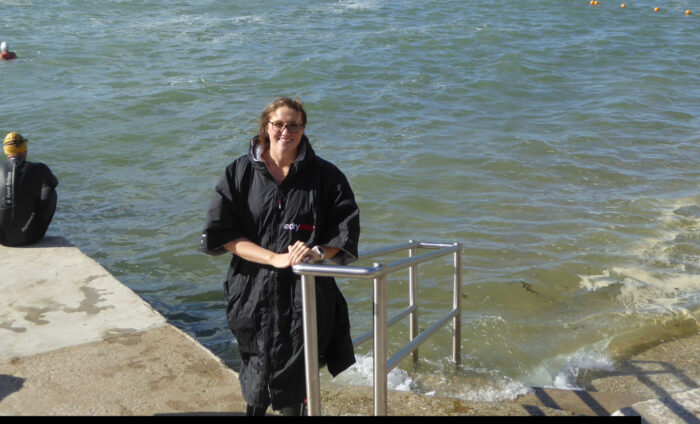 What can I do to keep myself

motivated to keep training when

The way I stayed committed and

dedicated to training was to break

each week down into single units. I

would look at each session as a means

to improve. So instead of looking

at one eight-week cycle of training,

I would break each week down and

look at each swim as a single unit. This

tricks your brain into focusing on the

short-term and ensures that each

session is as good as it can be – rather

than getting daunted by the whole

I believe it is important to set

yourself goals and targets. I used the

SMART system of goalsetting: I would

set one very short-term goal, which

would be for the next training session;

one medium-term goal, which would

cover a training cycle; and one long-

term goal, which would normally be

for the end of the season.

to you that is going to help improve

your swimming. For example, if you

are working on your catch phase,

ensure that on each stroke you focus

Measurable – something that is easily

measured. For example, a medium-

term goal would be to drop your

critical swim speed by one second per

Achievable – There is no point setting

a goal so hard that you will fail.

Realistic – To be realistic, a goal must

represent an objective towards which

you are both willing and able to work.

For example, if you know you are only

ever going to start a race from deep

water, there would be little or no

purpose in improving your dives.

Timely – A goal should be grounded

within a timeframe. With no

timeframe there’s no sense of

urgency. So an upcoming race is

perfect as a focus around which you

can set your goals.

"Swimming was my whole life for over 20 years. I poured every ounce of enthusiasm into it. I am so fortunate to have found these new outlets for that enthusiasm." Cassie Patten

Email your questions to: editor@outdoorswimmer.com with the subject ‘Coach Cassie’

Cassie now coaches and is a frequent commentator at open water events.

Keep your phone safe while swimming

Take your training outside (part 2) – week 4