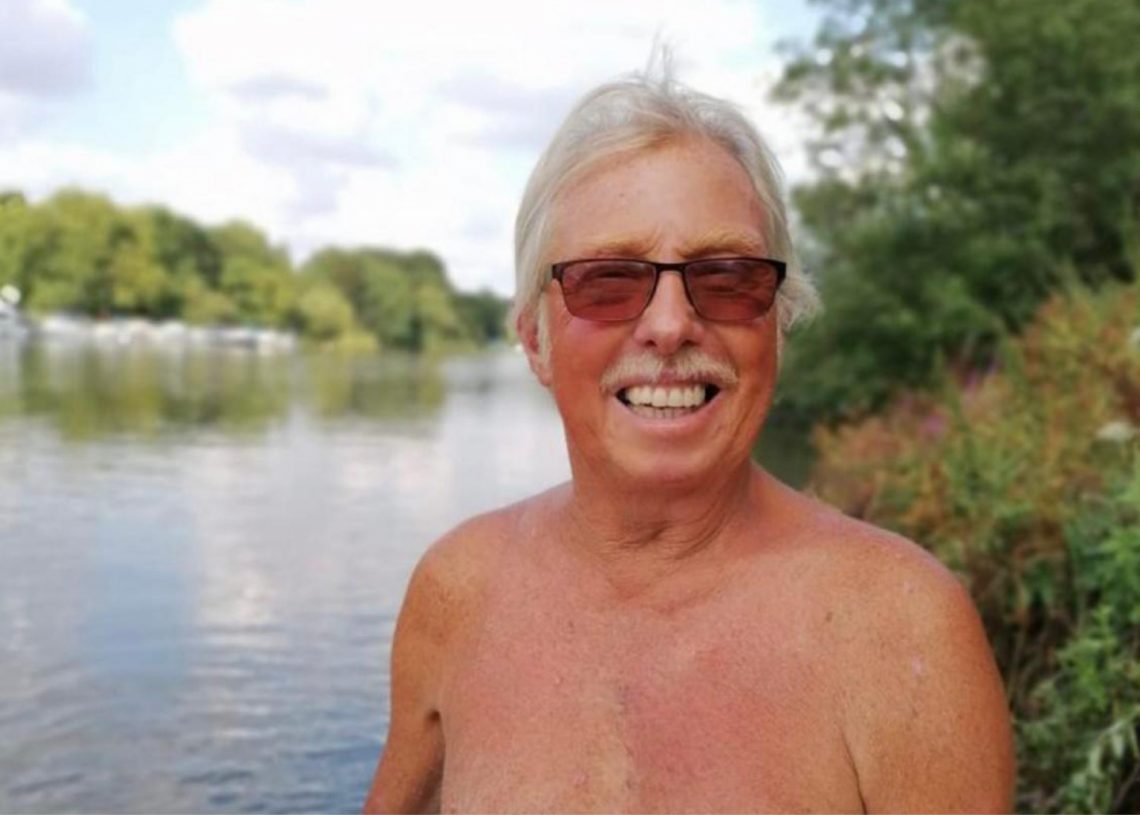 Twickenham resident, Andy Spencer, is halfway through a year-long swimming challenge – 365 miles in 365 days in memory of his late father, Francis.

After losing his beloved father to cancer, Andy Spencer decided to undertake a year-long swimming challenge, in an attempt to come to terms with his grief while fundraising for Macmillan Cancer Support.

“My dad was my hero, he was just the most gentle and kind hearted of people,” says Andy. “Married over 44 years with three children and three grandchildren. Nothing was too much for him and he loved just being with us. Family was everything.”

Francis Spencer ran Hammertons Ferry – a pedestrian and cycle ferry service across the River Thames in Richmond upon Thames – alongside his wife, Jenny. They passed the business down to Andy in 2018, but Andy says his father never entirely left.

“He was always here, and he will always be ‘The Captain’. Due to his kind nature, he was loved in the community and I hadn’t quite realised just how much until he left us.”

A mile every day, for a year

Andy began his challenge last November, on the first anniversary of his father’s death. While he had always been into health and fitness, Andy was never particularly drawn to swimming so he decided to do something that would really challenge him.

Putting together his need for a purpose, his love of the river and his lack of swimming experience, Andy decided to challenge himself to swim every day for a year. But why not push himself even further, and commit to a daily mile?

“Once I make a decision, there’s no changing my mind,” says Andy. “So six months after Dad’s death, when I could cope with speaking of him and had mentally prepared myself, I started training. It gave me a purpose. I wasn’t ready in terms of the strength I needed for the challenge, so I took it slowly but remained determined.”

Andy started his mile a day challenge in local pools, on the river or at the beach. The pandemic made it problematic at times, but the river was always available and free.

His daily swims got him out, and gave him a purpose. “My mum was my biggest advocate,” he says. “Close friends and my sisters, Natalie and Joanne, supported my decision even though they realised it was going to be tough for me mentally and physically. They have all been there throughout, by my side or behind the scenes.”

“I’ve continued in open water because it just feels so good,” says Andy. “My mindset is different.” Friends and family sometimes join him, but most days he swims alone: “Just me and Dad in our happy place. Dad didn’t swim, but he loved nothing more than seeing people safely enjoy the river.”

Andy is raising funds for cancer charity Macmillan Cancer Support in recognition of the support he received whilst caring for his dad. “I wanted to do something to give back to all the families who have suffered the impact of cancer,” says Andy.

“I’ve had to change my social life, my diet and my sleep patterns, because I just couldn’t do it all. The swim comes first,” says Andy. “I work seven days a week but it’s just 365 days of my life, what is that in the scheme of things? I know how proud Dad would be of me. He wasn’t a quitter and neither am I!”

Andy is overwhelmed with the support he has received so far. He set out with a target to raise £10,000, but when we spoke he was just shy of raising £35,000. “It makes me realise how precious life is and how kindness is still out there,” he says.

“The sun is shining, my swimming guidebook is dog-eared and ready to go, and I have the best people by my side. What more could I ask for in the lowest point in my life to date. I am humbled and extremely grateful for everyone’s support.”

Andy is raising funds for cancer charity Macmillan Cancer Support in recognition of the support he received whilst caring for his dad. You can follow Andy’s and add your support via his Just Giving page. Read about more open swimming challenges via our news page.