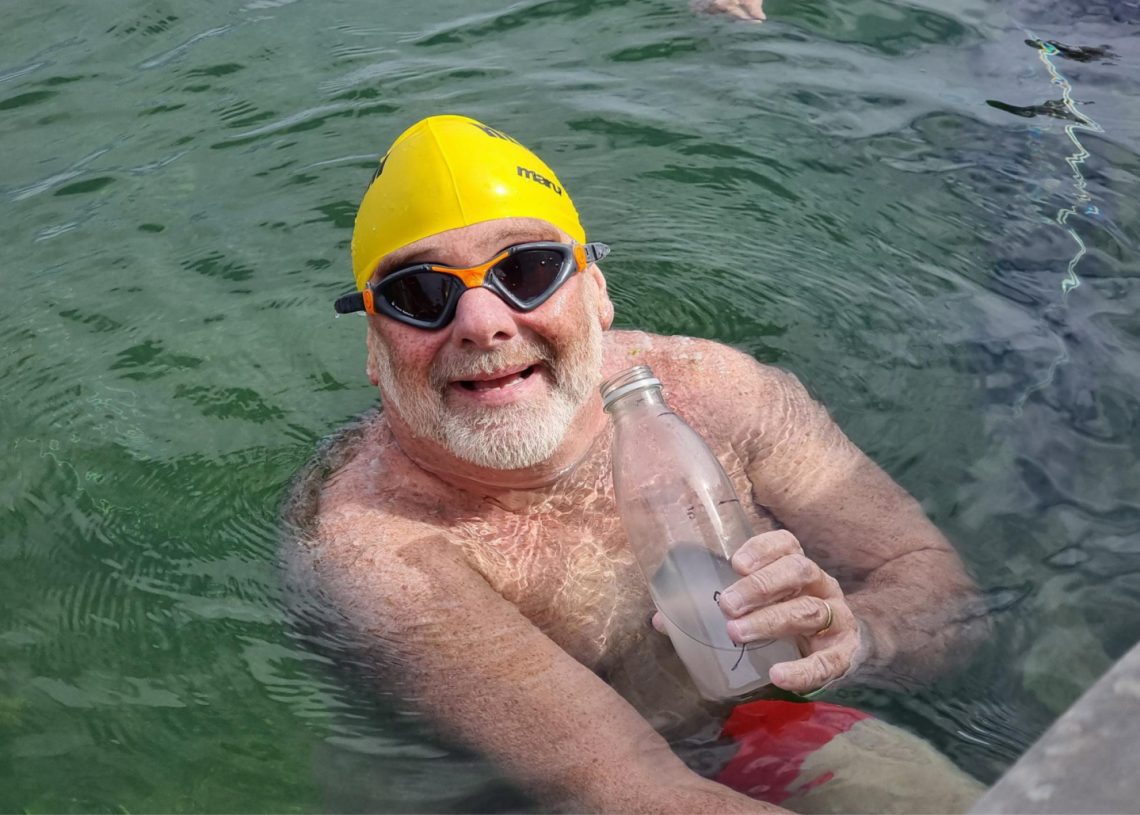 Adrian Sarchet (aka. the ‘Sea Donkey’) has completed an epic 24-hour swim in La Vallette Bathing Pools, Guernsey, to raise funds for improved access to these historic seawater pools.

The Oceans Seven swimmer started his swim at 3pm on Saturday 20 August, in the 50m Ladies Pond where the water was around 19ºC. His target distance was 41 miles – the equivalent of swimming from England to France and back.

Local swimmers supported him throughout his challenge, with people taking shifts to swim alongside him. A team of volunteers ensured Adrian was supplied with food and drink throughout the swim.

Local swimming legend, Roger Allsopp also came along to show his support. Roger, 82, became the oldest person to swim the English Channel in 2011.

The iconic La Vallette Bathing Pools, which fill with seawater at each high tide, opened in 1865. Les Misérables writer Victor Hugo swam here during his exile on Guernsey, as did Renaissance painter Pierre-Auguste Renoir.

The aim of Adrian’s heroic swim – which he described as the hardest swim he would ever do – was to raise funds for Vive La Vallette, the charity behind regeneration works at the pools. While these works have been completed, the charity has not yet raised the funds to cover the total costs, hence the importance of Adrian’s swim.

These new facilities benefit those members of the Bailiwick community who previously had difficulties accessing the pool, such as parents with small children, swimmers with a disability or mobility impairments, and older members of the community. The regeneration works included a wheelchair ramp into the water, a new lift and improved access to the changing rooms and cafe to ensure that facilities are inclusive and open to all.

A large crowd gathered to watch the end of the swim at 3pm on Sunday afternoon. At the time of publishing, Adrian’s efforts have pushed La Vallette’s fundraising total to an incredible £132,000, 88% of their £150,000 target. 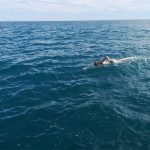 Club of the Month – #ChesterFrosties 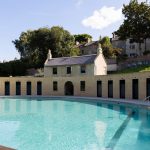 Cleveland Pools welcomes swimmers for the first time in 40 years