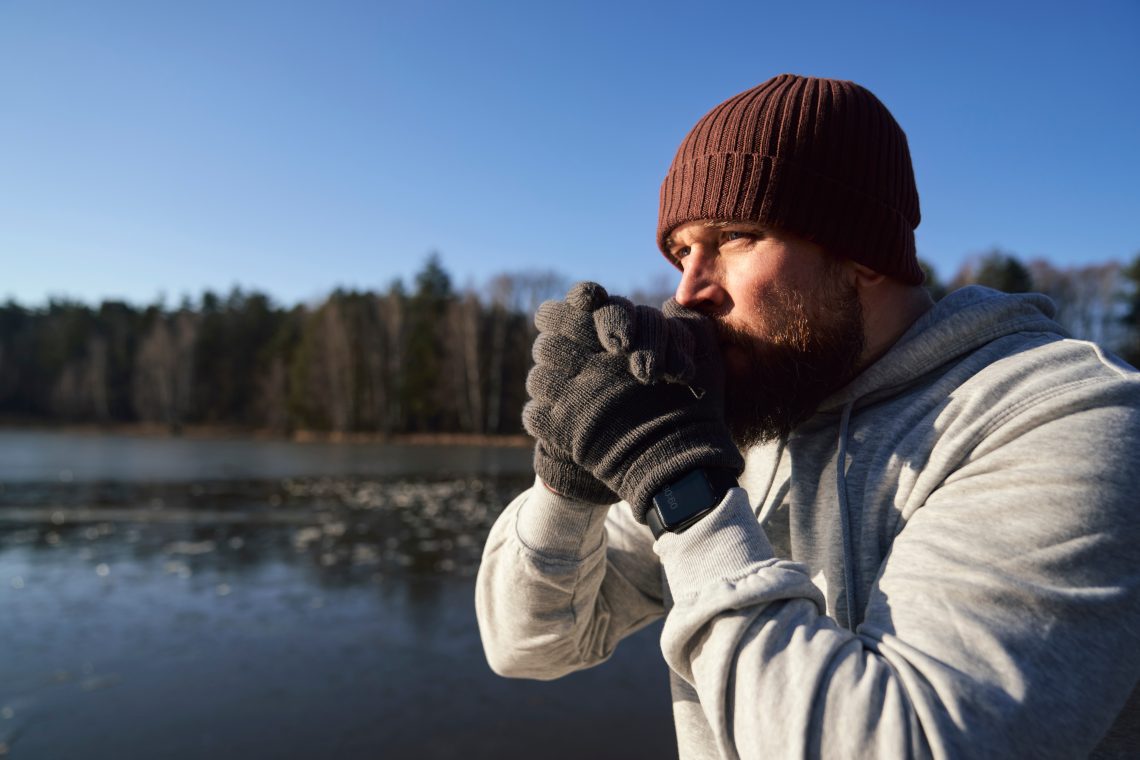 Simon Griffiths discusses the realities of “after-drop” and how swimmers can manage it.

If you have spent any time hanging around open water swimmers you may have heard the term “after-drop”. If you’ve done any swimming in cool water, you may have experienced it. For the uninitiated, after-drop refers to the decline in your core body temperature after you have got out of the water. This often manifests itself in a bout of shivering that starts shortly after exiting the water, typically after between 5 and 10 minutes.

Why does this happen? One plausible theory, that’s now been disproved, is that it was caused by cold blood from the periphery returning to your core as your circulation got going again.

The current theory is that rather than being a circulation phenomenon, it is instead caused by conduction. When you enter cold water, your body cools from the outside. This ‘cold front’ continues to move towards your core after you exit the water, causing ‘after-drop’. For more on this, see Even Melons Get Afterdrop.

Regardless of the mechanism, the effect is real, as I found out when I took part in a study at the Extreme Environments Laboratory at Portsmouth University. For the experiment, I had to swim in cool water (16 degrees and 18 degrees) for two hours while the researchers monitored (among other things) my deep body temperature. After two hours at 18 degrees, my body temperature had dropped by about half a degree. I towelled off, dressed, put on a coat and hat and drank a hot tea. I was then able to watch my temperature fall to just over 36 degrees before it stabilised and then started climbing back up. The same thing happened at 16 degrees but the effect was greater, the minimum temperature lower and the time taken to stabilise longer. After-drop is real. While you are dressed and warming up, your core may still be cooling.

As the cooling is inevitable, the question becomes, what do we do about it? Here are some suggestions:

What strength exercises do you recommend for a delicate shoulder?