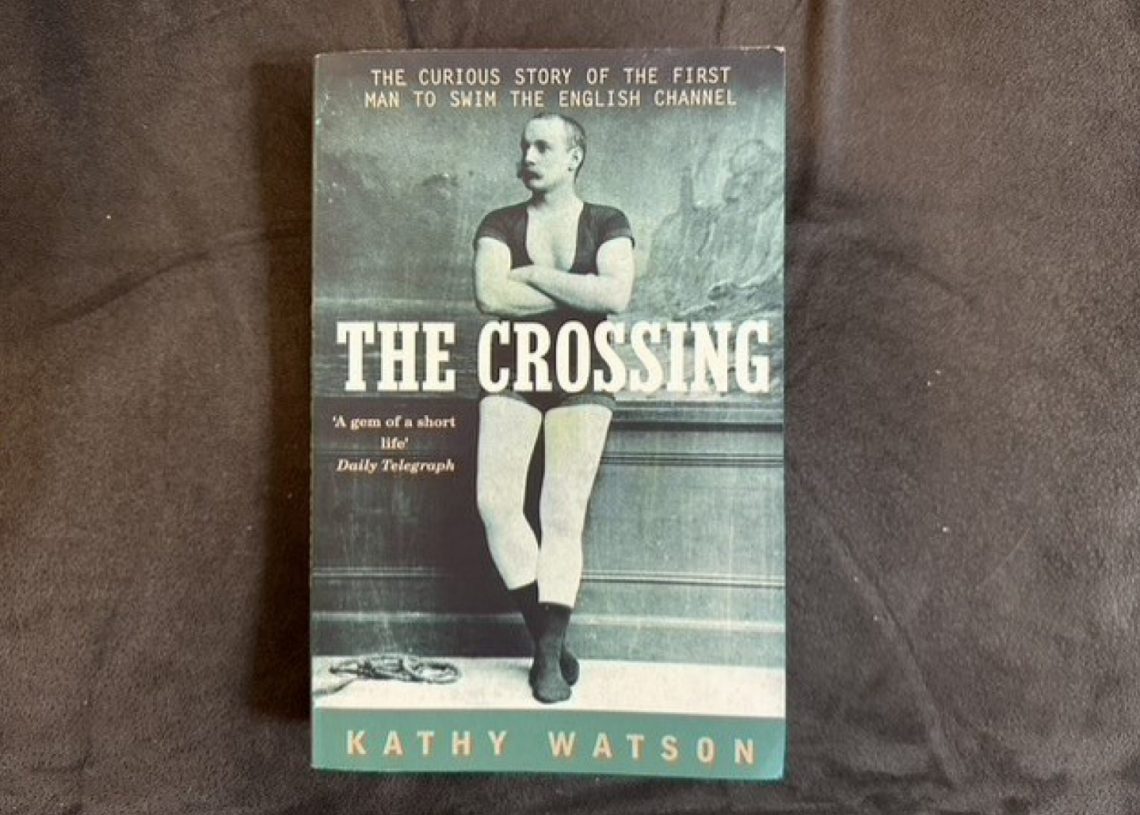 In the run up to his first Channel crossing, veteran charity athlete Glyn Marston reviews The Crossing: the curious story of the first man to swim the English Channel, daredevil swimmer Captain Matthew Webb.

Almost two years ago, I was introduced to open water swimming by accident and I was hooked straight away. The sense of freedom I had in the water gave me a new level of confidence.

My new found love of open water swimming inspired me to sign up to a relay team and train to swim the English Channel later this year – followed, hopefully, by a solo crossing in 2024. With my training focusing on the Channel, I am researching the subject quite a bit and so it’s no surprise that the name Captain Matthew Webb began to spring up.

I recently came across The Crossing, a book written about Captain Matthew Webb by author Kathy Watson, a regular swimmer who began swimming at an early age. Watson researched her subject in great depth, visiting Ironbridge Museum (Webb was born in the nearby mining village of Dawley) and even accompanying long-distance swimmer Tim Lawrence on his own English Channel crossing.

As the book describes Webb diving off Admiralty Pier in Dover on 24 August 1875, I felt the cold as if I were the man himself. The doubting onlookers shouted: “Impossible” and “He’ll never accomplish that”; many considered Webb’s attempt as foolish and dangerous.

Webb walked out of the water at Cap Gris-Nez, south of Calais, some 21 hours and 45 minutes later, having been held back by strong currents off the Cap for five hours. Webb wasn’t blessed with the training aids and nutritional advice we have today – his diet consisted of coffee, beer, brandy and cod liver oil, and his feed breaks on the swim comprised coffee and beef tea – yet he still went on to swim himself into the history books. Webb’s swim should have been 21 miles, but due to the weather and tides he swam almost double the distance.

As Watson correctly points out, Webb’s swim (completed entirely with breaststroke) was the equivalent of Edmund Hilary’s ascent of Everest or Roger Bannister’s four-minute mile. People were in awe of his achievement. As I began to read this book, my enthusiasm for my own English Channel swim (be it in relay) became even greater.

I was pleasantly surprised to read that Webb and myself were of similar build: 5-foot, 8 inches, and weighing at 14 stone; short and stocky. This has given me more confidence for my own swim. Reading this book also makes me realise that long-distance swimming requires so much mental strength and determination; the same attitude I had in my past challenges before swimming.

I expected the book to cover Webb’s Channel swim around halfway through with his Niagara rapids swim at the end. Instead we read about the Channel crossing from the start and then discover Webb as a man who achieved a dream but still wasn’t satisfied; a yearning to be more adventurous and flamboyant was to steer him to a tragic end. The chapters examining Webb’s challenges after his Channel crossing were in fact the most fascinating; one saw him swim for 60 hours at the Royal Aquarium, another sitting in a water-filled glass tank in Horticultural Hall, Boston for 128 hours

Webb was to become more of a stunt man than a sportsman, and was selling himself and his challenges for cash. His swim through the Whirlpool Rapids below Niagara Falls was to be his final stunt. Webb’s body was found four days after he went missing, with a cut to the head, a bruised body and tattered red swimsuit. He was buried at Oakwood Cemetery, Niagara Falls.

Captain Webb is fondly remembered to this day, particularly in his home town of Dawley, Shropshire. A brand of matches was even named after him, and you might recognise the image of this proud, moustachioed swimmer standing in front of the Dover cliffs, beside the label ‘England’s glory’. For myself and many others, he will always be a true sporting hero.

Athlete Glyn Marston has 30 years of competing in charity fundraising events. His challenges have included more than 60 marathons and smashing the Guinness World Record for long distance running on a treadmill. After suffering a knee injury, Glyn has recently begun competing in open water swimming events and plans to take part in a relay swim in the English Channel later this year.

Read ‘A new lease of life as an open water swimmer’, an interview with Glyn Marston in which he speaks about his remarkable 30 years of charity fundraising. Glyn is currently fundraising to reach his goal of swimming the English Channel later this year, with money being donated to Mencap, a UK charity for people with a learning disability. 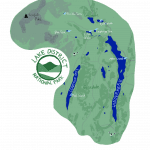