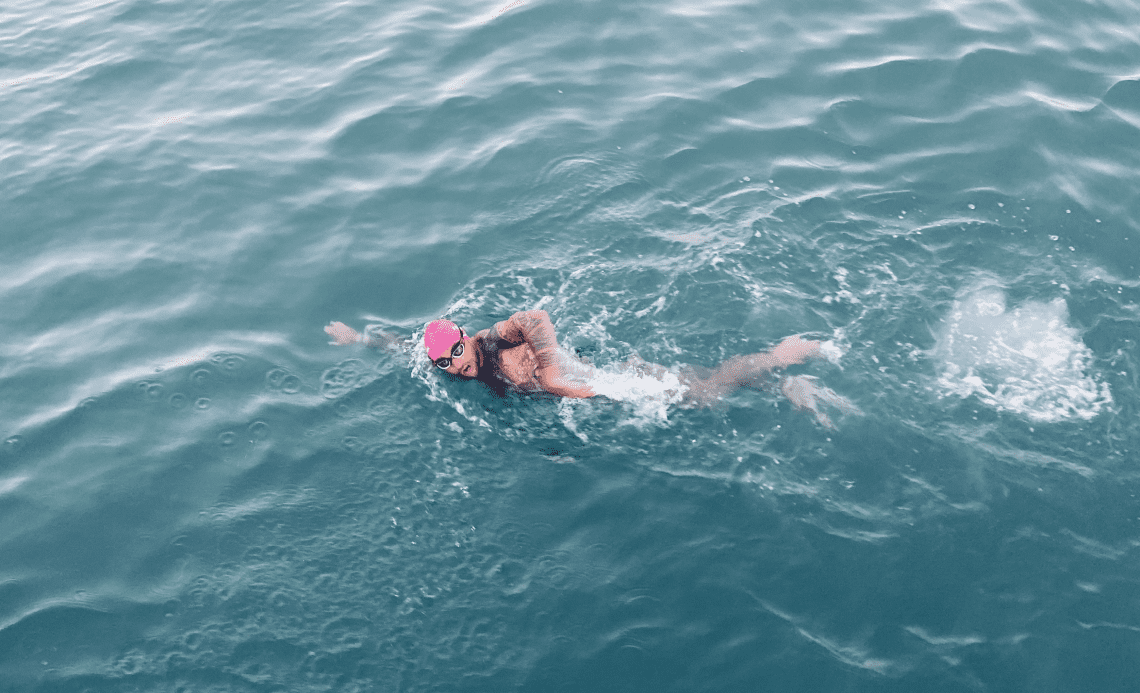 How much should you trust the advice of those who tell us not to swim in open water? Our hope is that regular readers of Outdoor Swimmer will be equipped to make their own risk assessments before swimming and know how to stay safe.

I spent last week with my family on a boat in the Norfolk Broads. It’s a part of the UK I’ve never visited before but the promise of lots of open water with direct access from a boat sounded attractive. When we hired the cruiser I enquired about swimming and was told there were several swimming pools in the area but that nobody swims in the broads as it’s too dangerous. The Broads Authority says: “The water looks inviting, but it’s a natural place and the water is always cold, whatever the weather. There are underwater plants and other hazards such as obstacles, fast currents and occasionally during very hot weather, blue-green algae may be present.” The authority also says: “The Broads is unsuitable for swimming, so don’t be tempted even on a hot day.”

Certainly there are plenty of places on the Broads where swimming is uninviting – the heavily trafficked and rather bleak ‘New Cut’ for example or the broads thick with sailing boats – but there are several places along the River Waveney and elsewhere where it was too hard to resist getting in for a dip.

The public mooring spaces all have ‘no swimming’ signs so rather than risk a confrontation or argument with anyone we instead moored up on remote stretches of the river and assessed our swimming options, and what the risks might be.

Firstly, was the water clean enough swim in? Without any testing kit we couldn’t get a definitive answer to this question so we had to trust our judgement. The river carries quite a high silt load, so looks murky, but we weren’t too worried by that. Our biggest concerns were contamination from agricultural run-off, waste water disposal from boats, sewage and blue-green algae. On the plus side, the river is boarded on both sides by reeds, which are natural filters, and the river looked alive and healthy. We saw lilies, fish, hundreds of birds and countless dragonflies and very little litter. In comparison to the tidal Thames, where I’ve often swum, this water seemed pristine.

Secondly, strong currents. The navigable section on the Waveney is tidal so the direction of flow depends on whether the tide is coming in or going out. However, even at peak flow, while noticeable, the current wasn’t stronger than we could swim against (or even close to it). We didn’t think strong currents were a reason not to swim.

Another potential hazard was other river traffic but we considered the danger here to be minimal. We chose stretches of river with good visibility in both directions and where there was a six knot speed limit. We’d typically only encounter a few boats per hour and the majority of these were speed-limited hire cruisers and so easy to see and avoid. We also saw one sculler but again made sure we had plenty of time to keep clear. Be aware though that some stretches of the Broads are designated as water skiing areas, and water skiing and swimming really don’t mix well.

A bigger problem was getting into and out of the water as the boat we hired was not designed to support swimmers and at low tide the bank was too high to easily climb. This is one thing we didn’t see mentioned in any guidelines but possibly one of the biggest dangers. We solved the problem using a stand up paddle board that we tied up next to our boat. This served as a platform to slip into and climb out of the river and also as a step to climb back into the boat. Pre-planning how you will get out of the water should be automatic for any open water swim and is especially important where water levels may change while you are swimming. Incidentally, the SUP was great to explore the river and test out the current and temperature prior to swimming.

A trip to the beautiful and largely deserted beach at Horsey (and apparently Britain’s largest seal colony) showed the danger of underwater obstacles. Swimming into one of the weathered groynes revealed by low tide would be a definite holiday spoiler. In the river there’s always the possibility of something hidden below the surface but we considered the risk to be low because of the regular boat traffic. Nevertheless, we always checked before jumping.

Finally, was the water cold? We didn’t measure the temperature numerically but tested it with our feet before swimming. Given the summer we’ve had in the UK we didn’t expect it to be cold (and it wasn’t) but it’s always worth checking and giving your body and mind a chance to adjust before leaping in. The idea that “the water is always cold, whatever the weather” is plainly nonsense.
So was it safe? I think ‘safe’ should only be used in relative terms. No swim can be guaranteed 100% totally safe but with a bit of planning and care it’s surely a lot lower risk than some people would have us believe. We very much enjoyed our swims and I’d happily recommend swimming in the Waveney, whatever the Broads Authority says, as long as you take appropriate precautions.

Eight tips to help you develop a life-long swimming habit 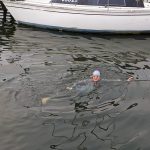 What’s your swim training type (and what does it say about your personality)?