Every now and then, when driving, you come across a cyclist out in the dark, in black clothing, face mostly covered and without lights. Some people call them ninja cyclists – doing their best to go about their business without being seen. As drivers we curse their stupidity but as swimmers many of us are guilty of similar behaviour. We swim in dark water while wearing black wetsuits and dull coloured swimming hats. We are ninja swimmers.
This is mostly an issue if you’re sharing the water with other users – surfers, rowers or boaters for example – but it also applies if you’re swimming in a traffic-free lake. Surely you want to make it as easy as possible for safety personnel to keep an eye on you.
It doesn’t help that wetsuits are not vibrantly coloured. Having discussed this recently with a couple of wetsuit makers it seems there are both commercial and practical reasons for having wetsuits in any colour so long as it’s black. Non-black neoprene is apparently significantly more expensive and so colour is normally achieved through a coating but these do not last well. We are seeing a few models coming through now with brighter colours on the arms but still the majority are black and are likely to remain so for a while.
Secondly, when we swim, the bulk of our bodies is below the surface or very low on the water. This means we can easily be hidden by any waves or chop.
In closely supervised water, in flat conditions and without other water users adding a brightly coloured cap will usually be sufficient, but move away from that and you need to consider other ways of remaining visible. Options include swimming with a kayaker, rower, stand up paddle boarder or other boat that will remain close to you throughout the swim or towing some kind of brightly coloured floatation device. While the latter look a bit annoying you hardly notice them while swimming and they provide other benefits such as being something to rest on if you need to or dry storage (in some models) for your clothes, making point to point swimming easier.
Next time you swim in open water, be safe, be seen. 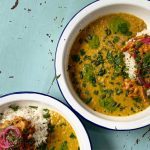