Earlier this week we posted a short message on our Facebook page checking people hadn’t been caught out by Sunday’s storm and asking who is still swimming outside at the moment. The update generated more comments than any other we’ve posted. Open water swimmers around the UK (and further afield) are undaunted by autumn and many are looking forward swimming through winter. The majority also seem to be swimming without wetsuits, with only a few planning to put them on as temperatures drop into single digits.
Not surprisingly, swimmers in the north of England and Scotland have the coldest water at the moment. Helen Beveridge says the “wild highlanders” are still out in good numbers, without wetsuits, in nine degrees Celsius. Karen Weir swam non-wetsuit in Loch Lubnaig on Saturday where the water was 9.8 degrees while Emma Cummings reported Loch Ard was 10.7 degrees and Maureen Londra has “about 10” degrees in the Firth of Forth, depending on where you measure it. Also near Edinburgh, Helen Chambers says the “Wild Ones” are swimming off Portobello where it’s 11 degrees and the group contains both wetsuited and non-wetsuit swimmers. Over the border in the North Sea near Tynemouth Wendy Ross and other Tynemouth open water swimmers are still swimming ‘bareback’ in 11 degree water.
Moving down through the Midlands temperatures creep up a little further. Bryn Dymott (who we once labelled as the Pied Piper of Cold Water Swimming and definitely doesn’t wear a wetsuit) is swimming with friends in the Great Ouse where it’s around 12 to 13 degrees. Suzy Hegg in Lincoln says her local lake is 13 degrees and Louise Friis-Jansen says Trent Meadows near Derby is 12.9 degrees and there were “three of us in wetsuits and one in skins.”
Seamus Bennett from Felixstowe Swimscapes Outdoor Swimming is hoping his ‘Movember’ facial hair growth will give him some protection against the 12 degree water his group of mixed wetsuit and skins swimmers are in at the moment.

Matthew Evans swims with a group that calls themselves “Wetnosers” in a “beautiful Norfolk lake”, which is 12 degrees. His group is wrapped up in wetsuits, boots and gloves and plans to keep swimming until “the lake gets crunchy”, when they’ll decamp to the sea. Max Cumming is swimming with another wetsuited and booted group at Leziate Lake near Kings Lynn where it’s 13 degrees, where they’re “lovely and warm and planning to go on as long as possible.”
Further south again, Sean Haywood says the Thames at Maidenhead is 14 degrees and “swimmers own the river again as there are few boats left.” Also in the Thames, Katia Vastiau estimated 13 degrees at Marsh Lock.
London swimmers don’t have easy access to the sea (and the Thames is frankly unappetising following the amount of rain we’ve had recently, and in any case swimming is banned downstream of Putney) but they do have some famous unheated lidos such as the one at Parliament Hill where Sally Goble says the water is now 13 degrees.
Continuing our southward journey to Snodland in Kent where Liam Cameron says it’s 13 degrees and right down on the South Coast in Bournemouth, Lucy Hawthorne says it’s 15 degrees, which sounds like showing off.

Swimmers in Ireland also seem blessed with milder temperatures. Maeve Mulcahy says it’s 14.2 degrees at Sandycove Island, which sounds quite warm now but felt pretty cold two weeks ago when I was lucky enough to swim there. Anna Maria Mullally also swims non-wetsuit at Sandycove and plans to keep going through the winter. Still in Ireland, Colm Daly swims with a couple of friends from Lanesboro Tri Club in the River Shannon where it’s 11 degrees but worth it for the buzz of swimming in fast flowing water.
Finally we heard from a couple of people where autumn hasn’t arrived. Melinda Menzer reported from Lake Hartwell in South Carolina that her water temperature was about 20 degrees and Jenny Morgan, in Barcelona, estimates the water must be 23 or 24 degrees.
Apart from being able to plot water temperatures across the UK a couple of other interesting things came out of the discussion. Firstly, if you’re looking to keep swimming through the winter, trying to find and swim with a group would be a big help. Not only are there good safety reasons for this you’ll also help keep each other motivated, and you’ll be able to take in turns to bake the all-important cake.
Secondly, the sea, if you’re lucky enough to live close, is a good bet for winter swimming as it tends to stay slightly warmer than inland waters. On the other hand it can become dangerous in wild weather. Rivers meanwhile, and the lower Thames is a good example, can carry a lot of debris at this time of year and are often swollen, muddy and fast flowing, so should be treated with caution. Finally, many private lakes that are used as open water venues have shut up shop for the winter so if one of those was your usual swimming venue in the summer you’ll have to look for somewhere else.
But, lake owners take note, there is clearly lots of demand for swimming well past the end of the triathlon season.
If you haven’t yet tried winter swimming, take heart from all those that responded. It is challenging and it takes time to acclimatise but you may surprise yourself by what water temperatures you can tolerate, and even enjoy. 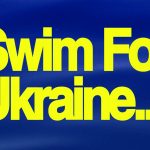