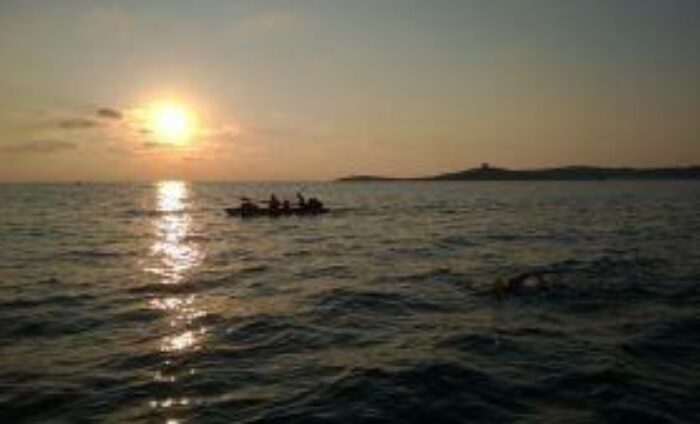 Last Saturday, I participated in the Malta Gozo Malta 11km swim organised by the Birkirkara Saint Joseph Club together with 11 other finishers. The Gozo Malta 5.5km took place at the same time with 79 participants. These annual races, as well as an open water championship, are a longstanding fixture in Malta’s open water swimming calendar.
Maltese swimmers have to participate in qualifying races and foreign swimmers have to demonstrate a proper swimming background (coach letter with records and training details). This way, almost all swimmers finish the race within the time allowed. I think it is a good practice to limit the risk of accidents and the number of dropouts.
If you want to compete in the championship then leave your wetsuit at home, but you can wear a wetsuit if you are happy not to have your time officially recorded. You can also swim within a group: the slowest time will be recorded and you get a nice finisher memorial medal. You can also swim alongside another swimmer or with a helper. In order to comply with the regulations we booked a boat and captain through the race organisers. The boat must always be within 3 metres of the swimmer, and the swimmer cannot touch the boat in any way. My helpers were my hubby and daughter. They were ready to give me directions, feed me and sooth my injuries in case I had to deal with jellyfish! Bottles and gel tubes were tied to strings – a good recommendation from the Maltese swimming coach Isabelle Zarb. I had tested feeding in the swimming pool (a 500ml bottle and two gels every 3 km or hour) and we stuck to this method and found it quite efficient. Nevertheless we had additional gels in case I needed more energy.
The start of the race took place at Ramla Bay in Marfa at 6:30. The sea was warm and the rising sun enhanced the beautiful landscape. After a few minutes every swimmer joined their boats. There were six men and two women in the championship race, and another four swimmers swimming in a group with a single boat. Very quickly the four men took the lead in the race, and I took the fifth place. The ranking remained unchanged during the race.

The sun was now lighting the cliffs and they looked great… unfortunately it wasn't the day to have a picnic there!

Between Marfa and Comino the sea was very flat and it was easy to swim “smooth” with a good stroke rate. Along Comino the wind raised a little, and the current and the waves increased. The sun was now lighting the cliffs and they looked great… unfortunately it wasn’t the day to have a picnic there! Between Marfa and Comino I also had to deal with a problem of water inside my goggles: I had to stop frequently to empty them and my eyes were irritated. I had chosen the goggles after several trials and they were perfect: no leakage, no fog! Luckily the goggles eventually cleared – I think the problem was due to the cream on my skin (sun block and jellyfish repellant).
When we passed Comino the first swimmers were too far away to see and the direction we had to take wasn’t very clear (a good map or additional buoys would have been welcome for non-Maltese swimmers). Our boat captain was a very kind man but wasn’t very helpful at navigation. Sometimes he would cut across me and I had to avoid the boat! My husband had a hard time trying to give the boat and the swimmer good directions! Pressing forward he soon found the turning buoy – it was hidden by other boats waiting for the Gozo-Malta race. I reached the buoy a few minutes before they gave the start of the Gozo-Malta race.
The way back was much more busy with 79 extra swimmers, but navigation was easier: first the Comino cliffs and then the “Red Tower”, a very useful tip given at the pre-race briefing four days before. It was the first time I had been in a race with boats following and it was quite stressful when there were more swimmers and boats. Along Comino it was difficult again because of the waves in the opposite direction, the current and the boat zig-zagging. But the sun was now high and was illuminating the crystal waters and the breathtaking view of the submarine universe. I was getting tired, the dorsal muscles where getting painful and my husband had a difficult time trying to keep me on track. When you swim it seems you always have the target in front of you. My mistake was probably that I was not doing the “water polo” stroke to look ahead but was only lifting my head when I was breathing on my right side to save energy and neck pain. This way I was constantly deviating to the left side. I will have to practise more at sighting!

At the end it became easier again. Less current, regular waves and the boat was no longer crossing in front of me. Also the arrival bay was now clearly visible and this made me forget my previous troubles! I followed another swimmer who was 20 metres in front of me, making it easier to find the way between the boats moored in the bay. I crossed the finish line in 3:52:49 having swum 11.6km (instead of 11km due to my navigation problems). A few minutes later I met my daughter, husband and other swimmers I knew. I had the good surprise to be the first female and fifth finisher! The second woman, Sandra was about 10 minutes behind and we were lucky that the “elite” female swimmers where competing in the Gozo Malta race! Sandra and I had already swum together in 2012 and it was nice to share the podium! The winner was Neil Agius (Open) in 02:37:30, and the four man finished in 03:11:09.. The maximum time allowed was five hours.
Only two or three swimmers out of the over 90 competing in the two races were stung by jellyfish and everybody enjoyed the swim. After we got our trophies we shared French wines, pâtés and Maltese food with the friendly Maltese coach and a group of swimmers at a the terrace of the hotel on the beach. Chatting with them we found out that the boat and the captain are very important in this kind of race. A smaller boat with a less powerful engine (like old Maltese fishing boats) and focused captain are recommended. It would probably be a good idea to meet your captain before the race for a practice swim to check the team works well!
I also found that it was the only open water swim in the sea (including training with or without wetsuit) during which I had no skin irritation. I have even had irritations (from neck and shoulder straps) after long swims in fresh water swimming pools. Instead of the traditional Vaseline, three hours before the startof the swim I applied a titan dioxide and oil-based cream intended for infant diaper erythema. Fifteen minutes before the race I applied sun block and a small amount of Vaseline around the shoulder straps of my swimming costume. The aim was to seal the skin and reduce the risk of an allergic reaction to a jellyfish sting (my biggest fear because I have a very sensitive skin): I had no irritation and no sun burn despite swimming for hours under the sun.
I strongly recommend this race that fits easily with holidays in Malta. Malta is an amazing island with plenty of other attractions as well as open water swimming: historical visits, landscapes, beaches and water sports, good Mediterranean food and entertainment. Travel is cheap and easy using buses and taxis, and the Maltese are very friendly. Practising open water swimming and taking part in races is an easy way to meet the Maltese away from the tourist trail.
I discovered open water swimming when I took part in my first open water race in 2012 in Malta during my family holiday, after years of not participating in any kind of sport. I came back home dreaming about the Malta Gozo Malta swim, and three years later I have done it! Since 2012 I have participated in triathlons in France, four Marnatons on the Costa Brava and the Los Palamos Oceanman. My open water swimming wish list is getting longer! 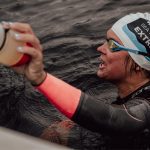 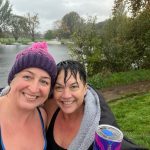