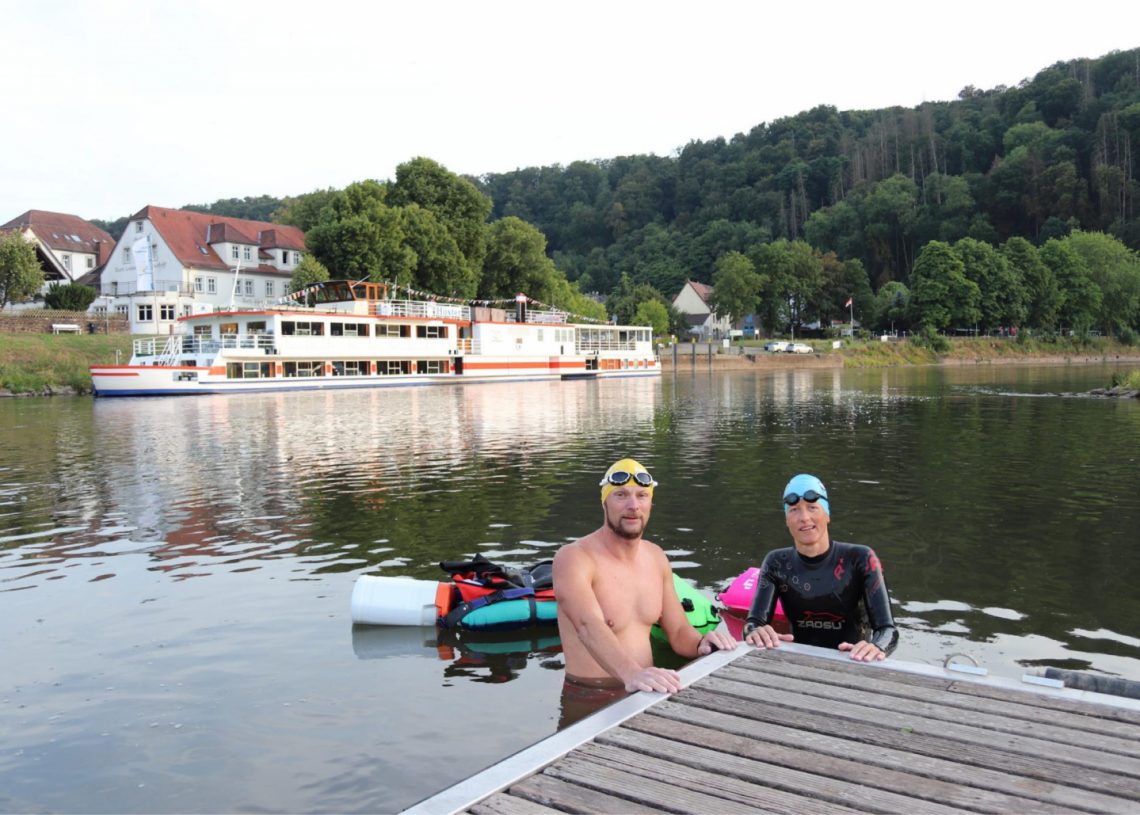 Para swimmer and ice swimmer Tina Deeken and her partner Tobias Prüßner are nearing the end of their 202km swim along the Upper Weser to protest against the salinisation of this river in north-west Germany.

Their aim is to swim 202km along the Upper Weser from the ‘source’ in Hann. Münden to Minden. They will be completing the swim in stages, self-supported and without an escort boat.

The pair are protesting against the salinisation of the River Weser, caused by saline wastewater being discharged into the water.

In October 2021, the pair joined a protest swim organised by the environmental protection organisation BUND in Holzminden. They swam 3km along the Weser from the Höxter district of Luchtringen to Holzminden in 10° water.

BUND is calling for a petition against the salinisation of the Weser and Werra. Contamination from chlorides, caused by local potash mining, is severely polluting plant and animal life in the water.

Tina and Tobias’s swim adds their voices to a cause already championed by those living in the cities and communities beside the river, plus local fishing associations and angling clubs.

“We need living rivers!” explains Susanne Gerstner, State Director of the BUND Lower Saxony. “The hostile salt pollution of the Werra and Weser must finally come to an end. The ecosystems of the rivers have already been almost completely destroyed. Fish in the Werra and the Upper Weser show massive skin damage and clinical pictures. For our freshwater fish and all the other river dwellers, further salt discharge is a death sentence.”

By 2021, Tina and Tobias had already completed around half (about 100km) the distance over three stages, including the ‘Wesermarathon’ from Rinteln to Minden over 42km, which took almost seven hours.

Swimming in the Upper Weser brings with it many dangers. Risks include passing ferries, dredger ships, excursion boats, water-skiers and bridge construction sites.

“We are both experienced open-water and ice swimmers, so we swim with clearly visible coloured buoys and swimming caps for safety,” says Tina.

“Tobias carries my sticks and orthoses on a bodyboard, which he pulls behind him along with our food in a small ‘barrel’. During our breaks on the river bank, we often strike up conversations with interested cyclists on the Weser cycle path.”

The two long-distance swimmers hope that their “silent protest” will help raise awareness for the crisis facing the River Weser.

Keep up with all the latest Outdoor Swimmer news by signing up to our weekly newsletter.

Diary of a wandering swimmer – in the wake of an orca

Trends in outdoor swimming in 2019 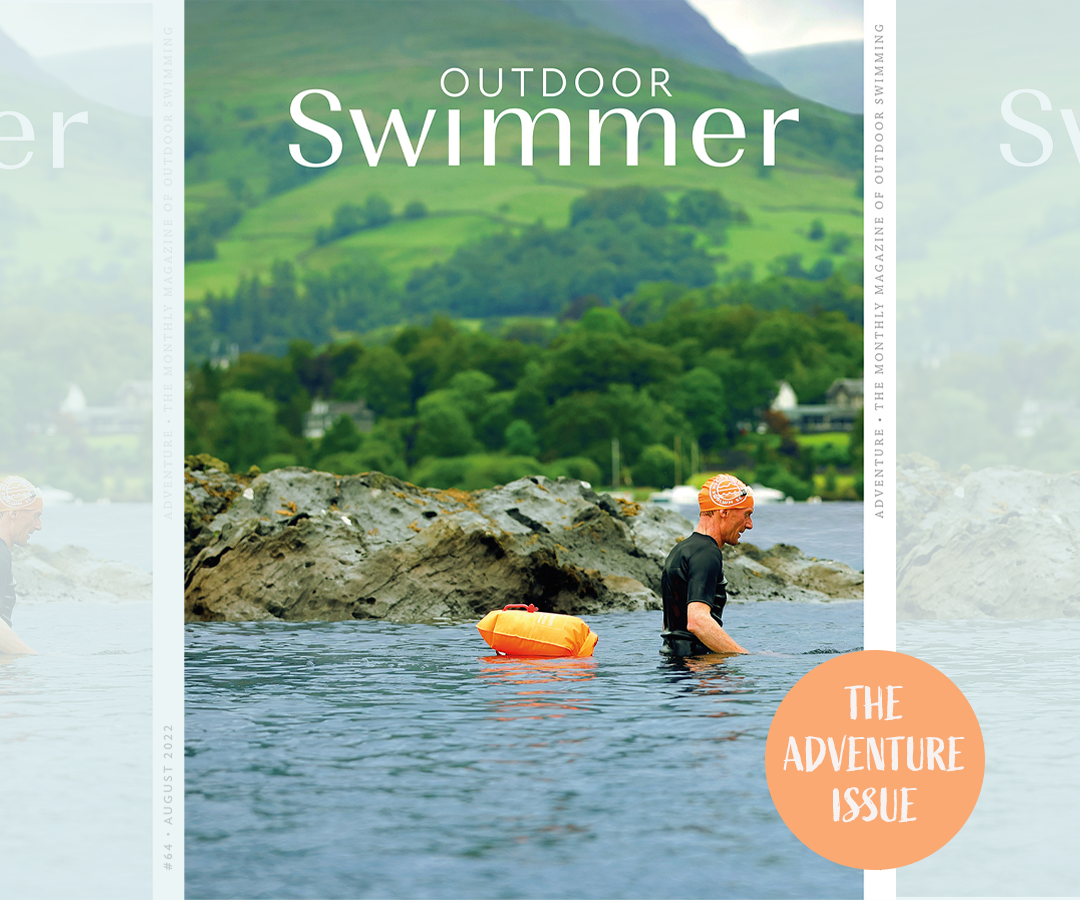